Ilie Șteflea was born in Săliște (near Sibiu, Transylvania, at the time part of Austria-Hungary). Economic hardships forced his family to move to the Kingdom of Romania, to the newly acquired province of Dobruja.

Șteflea attended the primary school at Medgidia, and the secondary schools at Constanţa and at the Gheorghe Lazăr High School in Bucharest. He graduated first at the Military School for Infantry Officers in 1909, promoted to the rank of Sublocotenent (Second Lieutenant) and assigned to the 34th Infantry Regiment, based in Constanţa.

In 1915 he was sent on an information-gathering mission in Transylvania, in the Timiş Valley and Braşov.

After the war had started, Șteflea was given the command of a machine gun company in the 34th Infantry Regiment [ro], holding the rank of captain. On 8 September [O.S. 26 August] 1916 he was wounded at Daidâr (now Shumentsi, Tutrakan Municipality) during the Battle of Turtucaia and evacuated to Moldova.

On 1 April 1917 he was assigned as instructor to the Military School for Infantry Officers in Botoșani, where he taught infantry tactics inspired by the French military doctrine and war experience.

After the defeat of the Legionnaires' Rebellion in January 1941, he was appointed commander of the 3rd Infantry Division, with which he participated alongside German troops in the Siege of Odessa (1941). On 20 January 1942 he was appointed Chief of the Romanian General Staff, a position which he occupied until the fall of the Ion Antonescu regime on 23 August 1944, as a result of King Michael's Coup. On that date, Ilie Șteflea was temporary placed in command of the 4th Army (23-31 August 1944).

In September, he was relieved of command and then arrested on 11 October 1944, because of his close cooperation with Antonescu. Because of his ill health, he was put under house arrest. He died at home on 21 May 1946. A month after his death, the Bucharest People's Tribunal ordered the closure of Șteflea's file.

The contents of this page are sourced from Wikipedia article on 14 May 2020. The contents are available under the CC BY-SA 4.0 license.
comments so far.
Comments
From our partners
Sponsored
Reference sources
References
http://www.generals.dk/general/%C5%9Eteflea/Ilie/Romania.html
http://www.mapn.ro/fotodb/Sefi-de-stat-major/31_G
http://www.asiiromani.com/stiri-diaspora/grecia/10547-nevoia-de-frumos-ii.html
https://archive.is/20120719182507/http://www.asiiromani.com/stiri-diaspora/grecia/10547-nevoia-de-frumos-ii.html 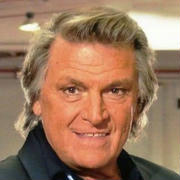