Kononenko is a deputy of the Verkhovna Rada (8th convocation) since November 2014, first deputy chairman of the Bloc "Solidarity", a close friend of Petro Poroshenko. He often referred to as the gray eminence of the Ukrainian president. In the 2019 Ukrainian parliamentary election Kononenko lost reelection as an independent candidate in single-seat constituency 94 (Kiev Oblast).

After graduation in 1982 at the 45th secondary school in Kiev, Kononenko studied at the Automobile and Highway Institute in Kiev (KAHI; currently called the National Transport University). From 1984 to 1986, he served in the Soviet Army, where he met Petro Poroshenko. In 1989, he graduated with honors in the Kiev Automobile and Highway Institute with a degree in Economics and Management in Transport. From 1988 to 1990, he worked as secretary of the Komsomol committee in the KAHI. From 1990 to 1991, he was deputy director of the structural unit of the city headquarters of the student brigade. From 1991 to 1994, he worked as commercial director in two companies – MP "Transport" and JSC Exchange House "Ukraine". From 2004 to 2009, he was chairman of the supervisory board of a transport company (OJSC "Kiev Motor Transport Enterprise – 2240") in Kiev.

Kononenko was also a member of the supervisory board and worked in Poroshenko's companies, such as CJSC Ukrainian Industrial and Investment Concern (member of the supervisory board in 1994–2005, first deputy and general director in 2009–2012), Bogdan Motors, Sports-health complex "Monitor" and International Investment Bank. In the latter, Kononenko is a minority shareholder (owner of a 14.92% stake).

Many sources connected Ihor Kononenko with the unofficial curator for coal-energy sector of Ukraine businessman Vitaliy Kropachev, who controlled this industry since 2016.

Offshore company Intraco Management Limited, which The Guardian newspaper links with Kononenko and Poroshenko, is engaged in trade with food and fuel produced by the Moscow refinery (owned by Gazprom). According to The Guardian, Intraco transferred money to the daughter of Kononenko, Darya. Intraco Management Limited also pays for the maintenance of a private airplane on which Petro Poroshenko is flying. The company was founded in 2002.

From 2006 to 2014, Kononenko was a deputy of the Kiev City Council of the 5th and 6th convocations from the Leonid Chernovetskyi Bloc. He was the deputy chairman of the Standing Committee on Transport and Communications. In the elections to the Kiev City Council of 2014, Kononenko entered the electoral list of the party UDAR, where he took 11th place.

At the parliamentary elections in 2014, he was elected as a people's deputy on the "Petro Poroshenko Bloc" list (ranked 29th). In the Ukrainian parliament, Kononenko became the first deputy chairman of the faction, also joining the Committee on the Fuel and Energy Complex, Nuclear Policy and Security and the Inter-parliamentary group on relations with Austria.

In the 2019 Ukrainian parliamentary election Kononenko lost reelection as an independent candidate in single-seat constituency 94 (Kiev Oblast). He earned 9036 votes (12,01%).

According to the electronic declaration, in 2013, Ihor Kononenko officially declared UAH 30 million.

In an e-declaration for 2016, Kononenko showed a total income of UAH 14,743,000. As a deputy he earned in the Verkhovna Rada UAH 161 thousand, he also had UAH 82 thousand as a percentage of the deposit in the Ukrsotsbank. From the VIK Foundation, Kononenko received dividends of UAH 14.5 million. On the account in the Ukrsotsbank he had UAH 2 million.

According to the investigation of the program "Schemes", Ihor Kononenko didn't indicate in his E-declaration a villa in southern Spain. The house of 768 square meters is located near the coast of the Mediterranean Sea. Kononenko confirmed this information, but stated that he wasn't obliged to indicate property belonging to his companies in his declaration: "Yes, the companies I own really have an impressive list of property (more than one hundred units). However, according to the provisions of the Law of Ukraine 'On Preventing Corruption', I am not obligated to declare property that belongs to these companies. In particular, the format of the declaration doesn't allow this."

According to the declaration, Ihor Kononenko owns the following companies:

Kononenko is married to Liliya Kononenko (born 1966) and has three children: two daughters (Darya, Olha) and one son (Vitaliy). Vitaliy Kononenko works as Sports director of the Sports school "International Tennis Academy", which until 2015 was the children's pioneer camp "Yunga" at the plant "Leninskaya Kuznitsa". After the reconstruction in 2015, the sports school has become a closed tennis club, which is a violation of Ukrainian law. The Law of Ukraine "On Physical Culture and Sport" forbids tuition for training in children's and youth sports schools.

The contents of this page are sourced from Wikipedia article on 10 Sep 2020. The contents are available under the CC BY-SA 4.0 license.
Information provided by PeoplePill users
User contributions
He has a new website: http://igor-kononenko.com/
He is the founder and owner of the International Tennis Academy in Kiev https://isport.ua/tennis/1840456-igor-kononenko-segodnya-v-ukraine-sportivnoe-metsenatstvo-skoree-isklyuchenie-iz-pravila-chem-massovoe-yavlenie
Kononenko challenged the NACP Decision https://en.interfax.com.ua/news/general/608480.html
Kononenko represented District 94 in the Ukraine Parliament http://ukr.vote/en/elections/9/party/0/candidate/13642/eldistrict/168/3200000000
View Ihor Kononenko 's image gallery
Image Gallery 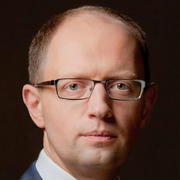