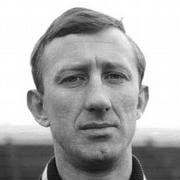 Igor Aleksandrovich Netto (Russian: Игорь Александрович Нетто; 9 January 1930 – 30 March 1999) was a Soviet–Russian footballer, considered one of the greatest Soviet players ever. He started out playing on the left of defence but, due to his attacking mentality, dribbling and technical abilities turned into a dynamic central midfielder. His versatility and footballing intelligence allowed him to play a number of positions across defence and midfield.

Besides football, Netto played 22 games in the 1948–49 and 1950–51 seasons as an ice hockey forward for Spartak. He quit because of the high level of traumatize intrinsic to hockey.

During his club career he played for FC Spartak Moscow from 1949 until 1966, scoring 37 goals in 367 league games, winning five Soviet championships and three cups.

He was the captain of the USSR national football team from 1954 to 1963. He led the country to the gold medal in the 1956 Summer Olympics, and victory at the first ever European Championship in 1960. He missed all but one match in the 1958 FIFA World Cup due to injury, and also played all four matches in the 1962 FIFA World Cup when the Soviet Union reached the quarterfinals. In total he collected 54 international caps and four goals.

Netto was a person of exceptional honesty, which was revealed most remarkably during the 1962 FIFA World Cup match against Uruguay. At a 1–1 score, Igor Chislenko managed to strike through the net, and the resulting goal was mistakenly counted by the referee who has not seen the ball trajectory. Hearing protests from the Uruguayan keeper, Netto confirmed with Chislenko that the ball went through the net, and convinced the referee to discount the goal. Netto's team won that match anyway.

After retiring in 1966 he had a long, though unsuccessful career as a coach, training AC Omonia, FC Shinnik Yaroslavl, Iran, Panionios and Neftchi Baku. Netto was awarded the Order of Lenin in 1957. The stadium of Spartak Moscow reserves team is named after him.

Netto was known as goose for his hissing voice, as well as goose-like walk and head shape. On 9 January 1960 he married Olga Yakovleva, an actress. They divorced around 1987 when Netto was suffering from Alzheimer's disease.