He made his Russian Football National League debut for FC Zhemchuzhina-Sochi on 10 August 2010 in a game against FC Shinnik Yaroslavl. He played 3 seasons in the FNL for Zhemchuzhina and Shinnik.

The contents of this page are sourced from Wikipedia article on 07 Mar 2020. The contents are available under the CC BY-SA 4.0 license.
comments so far.
Comments
Reference sources
References
http://footballfacts.ru/players/15444
https://int.soccerway.com/players/igor-golban/123690/
https://fotbal.idnes.cz/databanka.aspx?t=hrac&id=3011922
Trending today in

Nicholas I of Russia 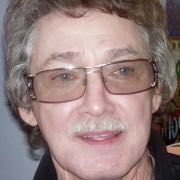