Igor Dodon (Romanian pronunciation: [iˈgor doˈdon]; Russian: Игорь Никола́евич Додон, tr. Igor' Nikolaevich Dodon; born 18 February 1975) is a Moldovan politician who has been President of Moldova since 23 December 2016. Previously he was leader of the Party of Socialists of the Republic of Moldova. He served as Minister of Trade and Economics in the communist governments of Vasile Tarlev and Zinaida Greceanîi from September 2006 to September 2009 and was a member of the Parliament of Moldova from 2009 to 2016.

Igor Dodon was born on 18 February 1975 in Sadova village in the Călărași District of the Moldavian Soviet Socialist Republic. He studied economics at the Agricultural State University of Moldova and received a doctorate in 1998 from the Academy of Economic Studies of Moldova. From 1997 till 2005 he worked as an assistant professor and lecturer in the academic field.

He is married and has three children.

Dodon was appointed to the post of Associate Minister of Trade and Economics in May 2005, during the second Tarlev Cabinet. He assumed the position of Minister of Trade and Economics in September 2006. He held the position until September 2009, when the government of Zinaida Greceanîi ended. Dodon also held the post of Associate Prime Minister under Greceanîi from 2008 until 2009.

In June 2011, Dodon lost to Dorin Chirtoacă in the election for mayor of Chișinău. He took 49.4% of the vote.

In November 2011, Dodon left the Party of Communists of the Republic of Moldova (PCRM) citing hopes that a deal could be worked out with the ruling Alliance for European Integration to elect a president and end a constitutional crisis that had dragged on since the resignation of Vladimir Voronin in 2009. Greceanîi and Veronica Abramciuc left at the same time. On 18 December 2011, Dodon joined the Party of Socialists of the Republic of Moldova (PSRM) and was elected chairman of the party.

On 16 March 2012, three former communists (Dodon, Greceanîi and Abramciuc) voted for the Alliance for European Integration (AIE) candidate Nicolae Timofti as President of Moldova. Later, Dodon stated that he regretted his vote for Timofti.

After he was elected as the President of Moldova, due to specifics of Moldovan law, Dodon resigned as PSRM chairman and left the party, being replaced by Zinaida Greceanîi as interim leader.

Igor Dodon is considered a pro-Russian politician and in favor of the federalization of Moldova.

The proposed flag for Moldova by PCRM and PSRM

In 2010, the Party of Communists (PCRM) started promoting a new official flag for Moldova. In March 2012, Igor Dodon and the Party of Socialists (PSRM) invited PCRM to initiate a referendum to change the national flag of Moldova from the original tricolour (similar to Romania's, except charged with Moldova's coat of arms) to a red-blue bicolor flag. The proposed flag is considered by the Academy of Sciences of Moldova as a "pure political invention".

In November 2012, Dodon posted on his Facebook profile a photo that shows him wearing clothes printed with a patch of the flag of the Russian Federation, which was criticized as evidence for Dodon's alleged Russophilia.

In November 2014, the socialist politician of Russian ethnicity Valentin Crîlov (ro) accused Igor Dodon of being an "instrument of scenarios that would cause 'bloodshed' in Moldova", and labeled the Party of Socialists of "being in the service of another country" such as Russia. He also accused the party of becoming a threat to the "stability, peace and the very existence" of the Republic of Moldova and its extraordinarily large base of financial resources — the origin of which bear "reasonable doubt".

In October 2016, during the presidential election campaign, Igor Dodon affirmed that Crimea, the subject of a territorial dispute between Russia and Ukraine, "is a territory of the Russian Federation". In January 2017 Dodon stated that Moldova wil not officially recognize Crimea as Russian "I did not change its position does not change and will not change. But we must understand that we need to build friendships with Ukraine, we need to solve the Transnistrian problem." 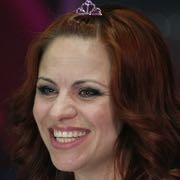