Ignatius Datong Longjan (May 19, 1944 – February 10, 2020) was a Nigerian diplomat and politician who also served as a Senator representing the Plateau Southern district in the 9th National Assembly. He also previously served as the deputy Governor of Plateau State.

Most of his working life was spent in the Nigerian foreign service where he served in Nigerian missions abroad including Hamburg, Germany, The Hague, Holland, Conakry, Guinea, New York, USA and Moscow, Russia.

Ignatius Longjan was the Chief of Staff to the Plateau State Governor between 2007 and 2011. He subsequently became the Deputy Governor of Plateau State between 2011 and 2015. In 2019 he contested to represent the Plateau Southern Senatorial at the Nigerian National Assembly. At his party's primary selection, he scored 972 votes to beat the other contestants for the party's ticket. In the February 25, 2019 general election, he polled 140,918 votes to win the election.

On February 10, 2020, Ignatius Longjan died at a hospital in Abuja, Nigeria. 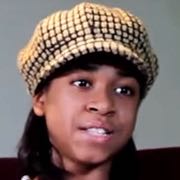