İdil Üner (born 1 August 1971 in West Berlin, West Germany) is a German-Turkish actress.
Üner studied at the Berlin University of the Arts. She received piano lessons for 17 years—starting from the age of 6—and formal opera training for two years. She joined the youth chapters of the Turkish-speaking theater Tiyatrom in Berlin of which her father was a founding member. She made her television debut in the series Tatort (Crime Scene) (1993) and her cinema debut with Rudolf Thome's The Secret. Üner achieved recognition in the works of Fatih Akın and Thomas Arslan, particularly Dealer and Im Juli. She wrote the lyrics to "Güneşim", the main song of Im Juli. She also wrote and directed a short film in 2001 named Die Liebenden vom Hotel von Osman in which she shares the leading roles with Fatih Akın. In 2004, in the segment directed by Fatih Akin of the film Visions of Europe, Üner sang the title lied by Schumann, "Die alten, bösen Lieder".
She is married to the actor Laurens Walter.

Soldier, civil servant and officer in the Schutzstaffel, commandant of Dachau concentration camp 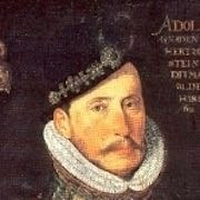