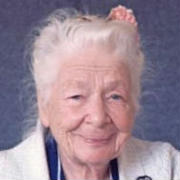 Rolf was born in New York City in the Bronx on May 19, 1896. An only child, her father, Bernard Rolf, was a civil engineer who built docks and piers on the east coast.

Rolf graduated from Barnard College in 1916 with a bachelor's degree in chemistry. She was in the Mathematics Club, German Club, Vice President of the class of 1916, a member of the Young Women's Christian Assn., was the alternate for the Graduate Fellowship while working at the Rockefeller Foundation, Business Manager of The Barnard Bulletin, and a member of Phi Beta Kappa. She received Departmental Honours in Chemistry at graduation. In 1917 she began her doctoral studies at Columbia University and, concurrently, Rolf also began work at the Rockefeller Institute as a chemical research worker. She was invited back to Barnard College in 1918 to speak to students about "work experiences".

In 1920, Rolf earned her PhD in biological chemistry under the supervision of Phoebus Aaron Theodore Levene, of Columbia University's College of Physicians and Surgeons. Her dissertation was entitled; "Three Contributions to the Chemistry of the Unsaturated Phosphatides", originally printed in three separate issues of "The Journal of Biological Chemistry", it was again printed in its entirety as a bound book in late 1922, "Phosphatides".

Throughout the decade, she was studying yoga and tantra with Pierre Bernard.

After graduating, Rolf continued to work with Levene at the Rockefeller Institute for Medical Research in New York City. In 1918 she was promoted to assistant in the chemistry lab.

In 1922, two years after having received her PhD from Columbia, Rolf was raised to associate, then the highest non-tenured position for a scientist at Rockefeller.

From 1919 to 1927 she published 16 scholarly journal papers, mostly in the Journal of Biological Chemistry. Her research was primarily laboratory studies on biochemical compounds lecithin and cephalin. With the exception of her doctoral dissertation, all of her published work was co-authored with Levene.

In 1926, Rolf left her academic work in New York, to study mathematics and atomic physics at the Swiss Federal Institute of Technology in Zurich and also biochemistry at the Pasteur Institute in France.

Rolf later developed Structural Integration. In addition to her 16 academic papers published from 1919 to 1927, she would later publish two papers in scholarly journals on structural integration. She had an h-index of 10 with a total number of 299 citations (February, 2007).

Structural Integration (or Rolfing) is a type of manual therapy that claims to improve human biomechanical functioning as a whole rather than to treat particular symptoms. Rolf began developing her system in the 1940s. Her main goal was to organize the human bodily structure in relation to gravity. Rolf called her method "Structural Integration", now also commonly known by the trademark "Rolfing".

Structural integration is a pseudoscience and its claimed benefits are not substantiated by medical evidence.

Rolf was married to Walter Frederick Demmerle, an electrical and mechanical engineer who held patents for heating thermostats, and traveled abroad frequently with his work. They resided in Stony Brook, New York, and Manhasset, New York, while raising a family. They had two sons, Alan Michael Demmerle and Richard Rolf Demmerle, a chiropractor and also a Rolfing instructor and practitioner, who was involved in and helped refine and develop his mother's Rolfing project, and who continued her work after her death.

The contents of this page are sourced from Wikipedia article on 08 Mar 2020. The contents are available under the CC BY-SA 4.0 license.
View Ida Rolf 's image gallery
Image Gallery