Neil Savishinsky (1994) contends that Sheikh Ibrahima Fall is “one of the first and most illustrious of Ahmadu Bamba’s disciples”. The Bimestriel Islamique (2000, December) claims that French West Africa called him the minister of economic affairs in the Mouridism. Ibrahima Fall catalysed the Mouride movement. Fall led all the labour work in the Mouride brotherhood. Fall reshaped the relation between Mouride Talibes (Mouride disciples) and their guide, Aamadu Bàmba Mbàkke. Fall instituted the culture of work among Mourides with his concept of Dieuf Dieul “you reap what you sow”.

Ibrahima Fall comes from an aristocratic Wolof family from Cayor. A scholar confirms that Fall came out of an animistic influenced Muslim tradition, but believes Fall’s family was prosperous and formerly powerful in Cayor. Other sources confirm that Fall’s grandfather, Damel Dethialaw, was a ruler of the Cayor kingdom.

Fall achieved major Arabic sciences such as theology, fiqh, tafsir, grammar and rhetoric. Savishinsky (1994) tells us that Ibrahima Fall had “reputation for ferocity and extraordinary strength” (p. 212). Another scholar claims that Fall was viewed as a troubled man who seldom went with his peers and often remained alone in the bush. However, all agree that the turning point of his life was Fall’s search for Shaikh Aamadu Bàmba Mbàkke.

One major study of Ibrahima Fall reports that two versions exist of his search for Shaikh Aamadu Bàmba. In the first version, Fall is rich merchant who travelled in Cayor, Jolof and Saloum. But after meeting Aamadu Bàmba Mbàkke in Mbacké Bari, Fall gave up business to become Bamba’s disciple.

Ibrahima Fall: “If I found only your gravestone, be aware that the force of my intention would satisfy my objective”

Sheikh Ahmadou Bamba: “If I found only the stars and the sky that Muhammad watched at, I’m sure that I could attain my objective with my strong love of the prophet [...] Know that from this life, I’ll neither protect you from sun nor provide you material goods. I accept you if you follow God recommendations”.

In this way, the contract started between Fall and Aamadu Bàmba Mbàkke. Ibrahima Fall became his 40th disciple. From this moment, Fall followed the Ndiguel "orders" of the Shaikh until Fall’s death.

Within this contract called “Diebelou”, Savishinsky claims that Ibrahima Fall displayed an absolute, slave-like devotion to his master. His “pastef” (courage and devotion) served example for all Mourides. In fact, Fall started “growing food, cutting firewood, fetching water and building shelters and mosques” (p. 213). Likewise, Serigne Moussa Kâ tells us that Fall reshaped quickly the relation between a disciple and his guide. Ibrahima Fall instituted five rules of deference to the Sheikh:

Ibrahima Fall himself supervised these rules.

In appearance, Ibrahima Fall had matted locks. Fall carried a black cudgel especially for making people respecting these rules. Fall also smoke a Western African plant called “pone”. Moussa Kâ claims that Fall often begged in neighbour villages with a wood bowl, which was an unorthodox practice. When Mame Chiekh Ibra Fall was taking a haircut, S.Touba told him not to take a haircut today, because it is not a day to take a haircut and he didn't take a haircut because he didn't have permission.

In 1890, Shaikh Aamadu Bàmba nominated Fall the third responsible in the Mouride Brotherhood. Fall had to supervise all manual works. With the exile of Aamadu Bàmba Mbàkke, Fall’s life changed. He moved to Saint-Louis, Senegal, to defend the innocence of his Shaikh. During Fall’s negotiations with the French, Paul Marty recognised that Fall hid great intelligence. Another scholar cites the multiple Arabic poetries of Ibrahima Fall to prove Fall’s intellectualism. Fall wrote also an Arabic book, Jazbul Mouride.

In June 1912, the French kept Aamadu Bàmba under house arrest in Ndjarèem, Diourbel. Consequently, Sheikh Ibrahima Fall followed him to Diourbel. In Diourbel, Fall created a famous district, Keur Sheikh. In Keur Sheikh, the Baye Fall movement consolidated and expanded very quickly. Many tyeddos became his disciples. In 1925, the French banned construction of the Touba Mosque. Sheikh Ibrahima Fall enclosed the area of the mosque with timbers Fall carried from Ndjarèem to Touba.

Recognition by the Mouride Brotherhood

Recognition by the Mouride Brotherhood 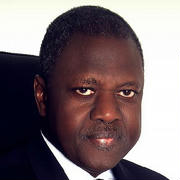