Ian Trigger (30 September 1938 – 6 January 2010) was a British actor of stage, film and television who had a successful career in the United States. A diminutive actor, Trigger's long career saw him working in the West End, on Broadway and across America. He first appeared in the United States with the Young Vic company following which he lived there for many years.

Ian J. Trigger was born in Plymouth in Devon in 1938 where he attended Devonport High School for Boys. He had early ambitions of following an acting career. After his death Trigger's twin brother Allan said: “When we were young, Ian would say, I want to be an actor – nothing else will do. Shakespeare was the love of his life and if he could have spent his entire career playing Shakespeare then that would have been total fulfilment for him.” He received a scholarship to the Royal Academy of Dramatic Art (RADA) in 1955 making him at that time the youngest student to have trained there. He eventually graduated from RADA in 1959 due to his training being interrupted by two years national service in the army, which he served in Scotland. On leaving RADA Trigger did repertory including Henry IV, Part 2 with the Birmingham Repertory Theatre (1960), the Citizens Theatre in Glasgow, The Gateway in Edinburgh and the Bristol Old Vic. He then went to the newly-formed Traverse Theatre before moving to the West End.

At the Traverse Theatre as part of the Edinburgh International Festival Trigger played comedy leads in such productions as Ubu Roi and Fairy Tales of New York before moving to London to appear as Humphrey in See How They Run (1964) at the Vaudeville Theatre in London. His other appearances include The Taming of the Shrew and Doctor Faustus at the Marlowe Theatre in Canterbury; Thomas in Molière's The Imaginary Invalid at the Vaudeville Theatre (1968), and for which he was nominated for Best Actor of the Year in the London Critics' Awards; Piglet in Winnie-the-Pooh (1964); Ariel in The Tempest at the Oxford Playhouse (1969); Nana/Smee in Peter Pan at the London Coliseum (1971); Balthazar/Dr Finch in The Comedy of Errors at the National Theatre and the Young Vic (1971); in Andrew Lloyd Webber's musical Joseph and the Amazing Technicolor Dreamcoat (1972) with the Young Vic at the Roundhouse in London (and in 1973 at the Albery Theatre) with Gary Bond as Joseph; in Richard Harris' Outside Edge at the Queen's Theatre (1979) in London with Julia McKenzie, Maureen Lipman and Julian Curry. On Broadway he played the Police Inspector in 13 Rue de l'Amour (1978); Sir Henry Shorter in Habeas Corpus (1976); Argante in Scapino (1974-1975) at the Ambassador Theatre, and appeared in Blondel at the Theatre Royal, Bath (1983).

Among the many young actors mentored by Trigger was the American Lenny Von Dohlen, who later was to appear in Twin Peaks; the two had first met in Oregon during a production of Loot by Joe Orton. Recalling that time, Von Dohlen said: “He was my theatrical father. The first real, working professional to believe in me out loud. He was my greatest influence. The news of his death was a huge shock, like a library burning down.”

Ian Trigger died aged 71 in January 2010 in King's College Hospital in London after a long llness. He never married.

The contents of this page are sourced from Wikipedia article on 19 Apr 2020. The contents are available under the CC BY-SA 4.0 license.
View Ian Trigger 's image gallery
Image Gallery 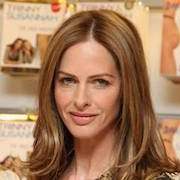 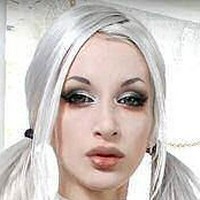 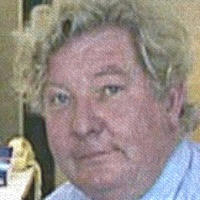