Born in Belfast in 1966, Paisley is the youngest child of the Reverend Ian Paisley and his wife Eileen Paisley. He was brought up in a large detached house on Cyprus Avenue, Belfast with his three elder sisters, Sharon, Rhonda and Cherith, and his twin brother, Kyle. Being the younger of the twins, he was named after his father who was the younger of two brothers. He regularly attended the Free Presbyterian Church of Ulster where his father preached since he was a small child. In August 2007 he was the subject of the third episode of the BBC Radio 4 series The House I Grew Up In, in which he talked about a happy childhood and secure family life, despite the Troubles.

After leaving primary school, he was educated at Shaftesbury House College, and then in the sixth form at Methodist College Belfast, before gaining admission to the Queen's University of Belfast. At university, he read Modern History and Irish Politics, and gained a BA (Hons) and MSSc respectively. After finishing his post-graduate studies, he worked for his father as a political researcher and parliamentary aide.

Paisley successfully ran to succeed his father as the Westminster MP for North Antrim in the 2010 UK general election, winning 46.4% of the vote share. Upon his election as MP, he resigned his seat in the Northern Ireland Assembly.

Although there were rumors that Paisley Jr. was positioning himself to become leader of his party, he denies any desire: "I've no ambition for that at all. I've never had any ambition to get anywhere beyond where I am today. Some people sought to put the knife in, in order to stop me, because they were concerned about me wanting to be leader. Well, they misjudged me completely."

For the 2011-12 financial year, Paisley's total expenses claim was the seventh highest of all Members of Parliament. His expenses for the 2012-13 financial year were £232,000; the highest of any MP that year. The costs covered travel and accommodation for Paisley himself and his constituency staff. In an interview with the Ballymena Times newspaper, Paisley stated "None of this money goes to me as MP ... They are legitimate expenses signed off by IPSA and paid directly by the Parliament". He had the second highest expenses claim in the 2013-14 financial year. For the 2014-15 financial year, he was once again the second highest claimant, receiving £227,000 in expenses. During the 2010-2015 Parliament, Paisley claimed a total of £1,112,667 in expenses.

In 2005, Paisley came under some criticism for his beliefs about same-sex marriages. Upon learning that David Trimble's aide, Steven King, had married his partner in Canada, Paisley was quoted as saying, "It is really astounding that David Trimble should have had a man such as this giving him advice – and must surely cast grave doubts on his own political judgement. I think these sorts of relationships are immoral, offensive and obnoxious."

Paisley caused further controversy in May 2007 when, in an interview with journalist Jason O'Toole in Hot Press magazine, he said that "I am pretty repulsed by gay and lesbianism. I think it is wrong. I think that those people harm themselves and – without caring about it – harm society. That doesn't mean to say that I hate them – I mean, I hate what they do."

In 2011, Paisley said of his previous comments: “I think I have grown up since then. I have strong Christian beliefs and moral viewpoints, but you have to realise that while sin is black and white, life is a lot of grey."

Paisley had been linked in press reports to local property developer Seymour Sweeney when, in 2007, Sweeney admitted that Paisley had lobbied on his behalf regarding plans for a private visitors' centre at the Giant's Causeway, the only UNESCO World Heritage Site in Northern Ireland. Paisley strongly denied that he had any financial relationship with Sweeney, although he admitted that he had gone deep sea fishing with the developer socially.

Paisley had been involved in the commercial development of the north Antrim coast and strongly supported Alistair Hanna's controversial Bushmills Dunes Golf Resort and Spa proposal, an 18-hole golf course and hotel complex at Runkerry, adjacent to the Giant's Causeway. There were a series of public blunders and further controversy in February 2008 following scrutiny on the employment of family members by politicians after the Derek Conway scandal, when it emerged that Paisley was on his father's payroll as a researcher in the constituency of North Antrim in addition to his roles as an MLA and a junior minister. As a result, Paisley resigned his junior minister position on 18 February 2008.

Further controversy occurred in August 2008 when Paisley, speaking after a number of attacks on the Police Service of Northern Ireland, said that dissident republicans should be "shot on sight."

Paisley has spoken in the interests of animal welfare in Northern Ireland. In June 2016, following the trial of a 46-year-old man who allowed his pet dog to starve to death and avoided prison time, Paisley wrote a letter to the Attorney General for Northern Ireland in which he was critical of the outcome, remarking, "To treat an animal like that is utterly atrocious and it has to be dealt with."

However, in October 2012, Paisley voted against stopping the badger cull in England, which is aimed at tackling bovine tuberculosis, but has been described by the Humane Society International as "[causing] great suffering to badgers with no meaningful benefit to farmers or their cattle". 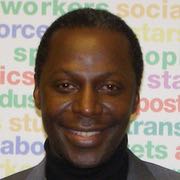 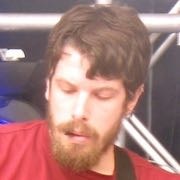 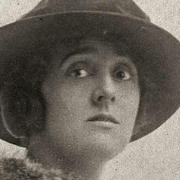