In October 2016, Nepomniachtchi was ranked fourth in the world in both rapid chess and blitz chess. He has won two silver medals in the World Rapid Championship and a silver medal at the World Blitz Championship as well as winning the 2008 Ordix Open. In December 2019, Nepomniachtchi qualified for the 2020 Candidates Tournament by finishing second in the FIDE Grand Prix 2019 .

Nepomniachtchi learned to play chess at 4.5 years old. His grandfather Boris Iosifovich Nepomniashchy (1929-1998) was a famous teacher and lyricist in Bryansk. Ian's first coaches, except for his uncle Igor Nepomniashchy, were Valentin Evdokimenko, as well as master Valery Zilberstein and grandmaster Sergei Yanovsky. Ian and his first coach, Valentin Evdokimenko, came to Bryansk at the age of five and trained until Ian was thirteen. Under the guidance of his coach he took part in the World and European Championships. Nepomniachtchi won the European Youth Chess Championship three times. In 2000, he won the under-10 category, and in 2001 and 2002, he came first in the U12 championship. In 2002, Nepomniachtchi also won the World Youth Chess Championship in the U12 category, edging out Magnus Carlsen on tiebreak score.

In 2007, he finished second in the C group of the Corus Chess Tournament in Wijk aan Zee earning his first grandmaster (GM) norm. Later that same year, Nepomniachtchi gained his second GM norm at the European Individual Chess Championship in Dresden. The third and final norm required for the GM title was won at the 5th Vanya Somov Memorial – World's Youth Stars tournament in Kirishi. Nepomniachtchi won the latter event, edging out Rauf Mamedov, Parimarjan Negi and Zaven Andriasian on tiebreak score.

By winning the Aeroflot Open in Moscow in February 2008, he qualified for the 2008 Dortmund Sparkassen Chess Meeting. In this tournament, he shared second place after an undefeated run. In the same year, he also won the Ordix Open, a rapid chess tournament in Mainz.

He won the gold medal in chess at the 2009 Maccabiah Games.

In 2010, in Rijeka, Nepomniachtchi won the European Individual Championship with a score of 9/11. Later the same year, in Moscow, he won the Russian Chess Championship, after defeating Sergey Karjakin in a playoff.

In November 2011, Nepomniachtchi tied for 3rd–5th with Vasily Ivanchuk and Sergey Karjakin in the category 22 Tal Memorial in Moscow.

Nepomniachtchi won the silver medal at the World Blitz Chess Championship of 2014 held in Dubai. In August, at the 5th International Chess Festival “Yaroslav the Wise” in Yaroslavl, he won the Tournament of Champions, a rapid chess event held with the double round-robin format featuring the six European champions of 2009-2014. At the SportAccord World Mind Games, held in December in Beijing, he won the gold medal in the men's Basque chess tournament.

In April 2015, he won the Aeroflot Open for the second time in his career, edging out Daniil Dubov on tiebreak, having played more games with the black pieces, and earned a spot in the 2015 Dortmund Sparkassen Chess Meeting. Right after the end of the tournament he also won the Aeroflot blitz tournament. Later that year, in September, he won the Moscow Blitz Championship and one month later, he took the silver medal at the World Rapid Chess Championship in Berlin.

Nepomniachtchi won the 7th Hainan Danzhou tournament in July and the Tal Memorial in October.

At the 42nd Chess Olympiad, he won the team bronze medal and an individual silver playing board 4 for Russia.

On December 10, 2017, Ian won a chess game against world champion Magnus Carlsen at the super tournament in London. In the tournament Nepomniachtchi, who was the leader after 8 rounds (+3-0=5), lost in a tie-break to Fabiano Caruana, who managed to catch up with the leader in the 9th round, and took 2nd place. On December 27, 2017, he took third place in the World Rapid Chess Championship, which ended in Riyadh.

In July, he won the 46th Dortmund Sparkassen Chess Meeting, scoring 5/7 (+3–0=4) to finish a point ahead of his nearest competitors.

In late May, he participated in the Moscow FIDE Grand Prix tournament, which was part of the qualification cycle for the 2020 World Chess Championship. The tournament was a 16-player event. Nepomniachtchi defeated GM Alexander Grischuk in rapid tiebreaks during the finale, winning the tournament. This brought him a total of 9 Grand Prix points, placing him at the top of the scoreboard.

In addition to his strength in classical time controls, Nepomniachtchi is very skilled at rapid and blitz chess. As of June 2019, Ian ranked 16th on the FIDE rapid list and 5th on the blitz list.

Nepomniachtchi is Jewish. He graduated from the Russian State Social University. He was introduced to the video game DotA in 2006. He was a member of the team that won the ASUS Cup Winter 2011 DotA tournament and he also served as a commentator at the ESL One Hamburg 2018 Dota 2 tournament, using the nickname FrostNova. He also plays Hearthstone and introduced fellow Russian chess grandmaster Peter Svidler to the game; the two of them later provided feedback about the game to the Hearthstone developers.

The contents of this page are sourced from Wikipedia article on 31 Mar 2020. The contents are available under the CC BY-SA 4.0 license.
View Ian Nepomniachtchi 's image gallery
Image Gallery 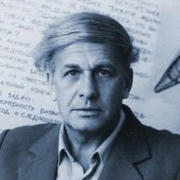