Ian Michael Grabiner (born May 1959) is a British businessman, the chief executive officer (CEO) of Arcadia Group since October 2009 and has been its chief operating officer (COO) since 2002.

Ian Michael Grabiner was born in May 1959.

He is the first cousin of Lord Grabiner QC, the barrister, academic administrator, and life peer, who was Arcadia's non-executive chairman from October 2002 to December 2015.

Grabiner started his career at Littlewoods in 1977, as a trainee manager, and worked there until 1983. He met his future wife while working at River Island.

Before he joined Arcadia, Grabiner was in charge of the retail group GUS' distribution and call centre units, and before that worked for the sportswear chain Sports Division and the women's wear retailer What Everyone Wants.

Grabiner is married to Tracy, they have three daughters. They have homes in London and Glasgow. The couple are patrons of the United Jewish Israel Appeal.

In 2010, Grabiner paid £70,000 to have pop singer Pixie Lott perform at his daughter's 19th birthday party at the Maccabi Centre in Giffnock, Glasgow. 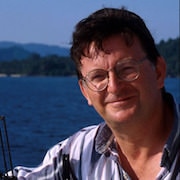