Iain Frederick Evans (born 18 April 1959) is a former Australian politician. He was leader of the South Australian Division of the Liberal Party of Australia from 2006 to 2007.

He studied at Heathfield High School and gained a bachelor's degree for Building Technology from the SA Institute of Technology (now University of South Australia). Prior to entering politics he managed a family-owned building and retailing business.

He was elected in the 1993 election landslide for the safe conservative seat of Davenport (following the retirement of his father, Stan Evans). Evans held various portfolios in the Olsen and Kerin governments, including Correctional Services, Environment & Heritage, Racing and Volunteers. He gained the Deputy Leadership in November 2005 and with the resignation of Kerin after the electoral defeat of 2006 became Leader of the South Australian Liberal Party in a joint leadership ticket with Vickie Chapman.

The following is a quote from pollbludger.com:

By February 2007, financial woes within the state Liberal party as well as contests between the party president and opposition leadership had come to a head. At a meeting in Norwood, Evans reportedly commented that "when we lose the federal election at the end of the year, the Liberal Party will be in dire straits and we have got to plan to deal with that". The alleged gaffe drew a rebuke from one federal Liberal MP who labelled Evans and his state parliamentary team "hopeless". Party president Christopher Moriarty accused Evans of being "piss-weak and gutless" for not backing a business plan aimed at assisting the party out of its parlous financial situation. High-ranking party members were canvassing support for an urgent no-confidence motion in Mr Moriarty, with one senior figure quoted as saying that "Moriarty is to the Liberal Party what Mark Latham was to Labor", but others counselled Evans against challenging Moriarty due to the high chance of failure. By late February, speculation over the opposition leader's future was being reported in the media, although he was expected to survive in the short term due to lack of options with 15 MPs remaining in the lower house. Initial reports suggested previous aspirant Martin Hamilton-Smith might challenge for the position, with Isobel Redmond as deputy.

In early April, Hamilton-Smith announced his leadership intentions to challenge Evans. Former Liberal Premier Kerin offered his opinion that Hamilton-Smith should and would fail, however on 11 April 2007, Hamilton-Smith defeated Evans on 13 votes to 10, becoming the new Liberal opposition leader after deputy leader Vickie Chapman offered her support to him.

Upon former Liberal leader Alexander Downer's retirement from federal politics, Evans announced his nomination for Liberal preselection in the 2008 Mayo by-election. The preselection plebiscite was held to be held on 22 July, but was brought forward to 20 July, with former Howard staffer chiefly for WorkChoices, Jamie Briggs, winning preselection, with Evans coming second. Bob Day, who held membership of the Liberal Party for 20 years, and the endorsed Liberal candidate for Makin in 2007, quit the party after failing in his bid to win Mayo preselection, citing a "manipulated" preselection process. Evans agreed to some extent.

On 31 January 2013 Redmond resigned as leader. Steven Marshall, who had by this point replaced Williams as deputy leader, became acting leader and formally appointed leader on 4 February. Evans, once again contested the now vacant deputy's job but was defeated by his former deputy Vickie Chapman.

Evans suffered a 2.8-point two-party swing against him, reduced to a margin of 8.1 points in Davenport at the 2014 state election, with two-party swings against him of up to 8 points in some booths, including the traditionally Liberal-voting booth of Belair which Labor won by three votes. On 6 June 2014 he announced he would stand down from the shadow ministry and parliament within a year and before the next election. There was speculation that Evans was asked to delay his resignation and the by-election for a year due to federal Liberal government budget cuts and that there could be a "super Saturday" of by-elections in up to five Liberal-held seats.

Evans resigned from parliament on 30 October 2014. A 2015 Davenport by-election occurred. 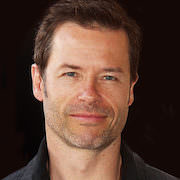 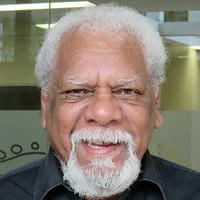 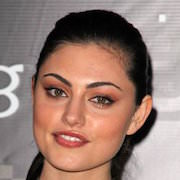 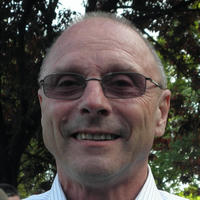