He is the son of the late king of Saudi Arabia Saud bin Abdul Aziz. His mother is Nora bint Abdullah Al Damer. Prince Hussam has a Diploma in Economics from King Saud University Riyadh and MSc in Economics, London School of Economics; PhD in Economic Theories of Unemployment and Impact of Government Policies, University of London.

Prince Hussam is the only son (that is known there maybe be others) of Saud to be a successful business man, he has many business activities like Arabian Plastic Compound; NAHL Water Factory in Egypt and Lebanon. He is also a Chairman of Saudi-Kuwait Holding, set up to provide investment in both countries; Zain, MTC, Saudi Arabia.

Prince Hussam is married to Princess Sarah bint Musa'ad bin Abdulaziz, they have five children. In 2010, one of his sons is Prince Saud bin Hussam bin Saud, married a daughter of Prince Khalid bin Musa'id bin AbdulRahman in Riyadh.

The contents of this page are sourced from Wikipedia article on 23 Jun 2020. The contents are available under the CC BY-SA 4.0 license.
comments so far.
Comments
Reference sources
References
http://www.weforum.org/contributors/hrh-hussam-bin-saud-bin-abdulaziz-al-saud
http://www.kingsaud.net/art/inside/violet/fs/index.php
http://www.alriyadh.com/2010/06/25/article538059.html
http://www.datarabia.com/royals/viewArticle.do?id=14170
Trending today in 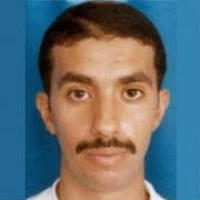 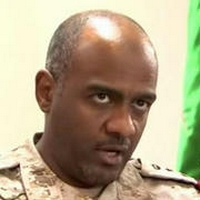 Spokesman of the Saudi-led coalition in Yemen, during the Yemeni Civil War