Gorskie grew up in Marlboro Township, New Jersey and played soccer at Marlboro High School, where he set the career record in assists and is ranked second in career goals.

He played club soccer for the Player Development Academy of New Jersey before committing to Stanford University where he played for four years. In 2009, Gorskie started all 20 games for the Cardinal and helped them to nine clean sheets, including three in the Pac-10 tournament and two in the NCAA Tournament. In 2010, Gorskie made 16 appearances, including four starts, and helped the Cardinal defense to a 1.14 goals against average. One of his four starts came on October 15 in Stanford's 2–1 upset victory over #13 UCLA. He also went on to be named Pac-10 honorable mention All-Academic. In 2011, he all 17 games in which he saw action and scored his first collegiate goal on September 25 in a 2–1 victory over Vermont. He went on to be named Pac-12 All-Academic second team that same year. In his final season at Stanford, Gorskie started in all 18 games and was named second team All-Pac-12 and Pac-12 All-Academic first team.

After going undrafted in the 2013 MLS SuperDraft, Gorskie went on trial with San Jose Earthquakes and made two reserve league appearances for them before signing his first professional contract with North American Soccer League club New York Cosmos on April 26, 2013. He made his professional debut on August 3 in a 2–1 victory over Fort Lauderdale Strikers in the opening match of the NASL fall season. Gorskie went on to make eight appearances for the Cosmos during the 2013 NASL season that culminated in the team defeating the Atlanta Silverbacks 1–0 to claim the NASL Soccer Bowl title.

On September 13, 2014, Gorskie recorded his first professional assist in a 3–2 victory over the Atlanta Silverbacks.

Gorskie finished the 2014 season with seven starts in 13 appearances across 672 minutes of action and recorded one assist.

On February 14, 2019, Hunter joined Danish 1st Division club Thisted FC on a free transfer for the rest of the season.

After playing overseas, Hunter signed with Loudoun United on September 24, 2019. 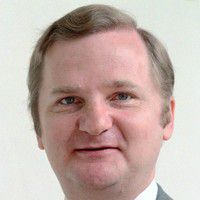