Hugh Hellmut Iltis (April 7, 1925 – December 19, 2016) was professor emeritus of botany at the University of Wisconsin–Madison and was best known for his discoveries in the domestication of corn (Zea mays).

Raised in Czechoslovakia, Iltis left Europe as a refugee just weeks prior to Nazi invasion of the country in March 1939. His father, Hugo Iltis, was a teacher at the Brno gymnasium, a botanist and geneticist, and a vocal opponent of Nazi eugenics. He was the first biographer of Gregor Mendel.

Iltis served in the U.S. Army in Europe during World War II, initially in an artillery unit. He was later transferred to an intelligence unit. After the war, Iltis was posted in Germany, where he sorted through piles of documents left by the Nazis, uncovering evidence of German war crimes.

An avid plant collector, Iltis led numerous expeditions to many parts of the world to search for new plant species. As a botanist, he served as the Director of the University of Wisconsin–Madison Herbarium. His work is of great economic importance, because he identified new sources of genetic variability that have been used by plant breeders.

Iltis used taxonomic and morphological approaches to investigate the domestication of corn. His work supported the view that domestic corn was derived from a species of teosinte, a group of grasses that grows wild in many areas of Mexico. It was once believed that the original wild corn was extinct. He also led a team of botanists who discovered a new species of teosinte in western Mexico, Zea diploperennis.

Another of Iltis's discoveries occurred in 1962, while he and Don Ugent were on a plant collecting expedition in Peru. Iltis spotted a wild tomato that had never been classified by taxonomists before, which he noted as No. 832. He sent samples and seeds to a variety of specialists in the field and collected specimens for several herbariums. This wild tomato turned out to be a new species of tomato with much higher sugar and solids content than domestically grown tomatoes. As a source for hybridization with domestic tomatoes, it has been used both to improve the flavor of tomatoes and to boost solids content.

Iltis was an uncompromising and outspoken environmentalist and conservationist, championing the preservation of endangered and threatened habitats to protect biodiversity. Some species of teosinte are critically endangered, and all face the loss of habitat as agricultural land use expands in Mexico. Thanks to Iltis's efforts, the government of Mexico has devoted resources to conserving the habitat of Zea diploperennis.

The standard author abbreviation Iltis is used to indicate this individual as the author when citing a botanical name.
The contents of this page are sourced from Wikipedia article. The contents are available under the CC BY-SA 4.0 license.
comments so far.
Comments
From our partners
Sponsored 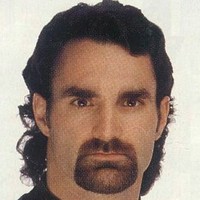