Fisher is currently a medical doctor at Northlands Medical Clinic in the town of Whistler, British Columbia. 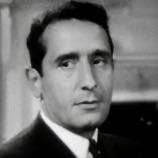