After graduating from high school in Konya Erkan completed a certificate program at the English Language Center in Brighton, England. He received an Associate in Science (AS) degree from Orange County Community College in New York in 1979, then graduated from New York University Stern Business School with a B.S degree in Economics (1981) and an MBA in the fields of International Business and Finance (1984) with a thesis project on currency risk management at the United Nations Development Program (UNDP).

Early in his career, Erkan had extensive experience in the transportation, petroleum and manufacturing sectors. He entered the capital markets in 1989 as a Research Analyst working with foreign institutional investors. Subsequently, he worked as a Research Analyst on a retainer basis for Bankers Trust following various sectors in the capital markets of Turkey between 1992 and 1993. He became a partner and Deputy Chairman to Tezal Securities in Istanbul for two years and left the company prior to joining the Istanbul Stock Exchange (ISE) in 1994.

After working some years in the private sector, Hüseyin Erkan served between 1994 and 1996 as Director of Research and International Markets at the ISE. In 1995 he was promoted to Executive Vice Chairman at ISE and in 1996 to deputy CEO. He served at this position until 2006, and was at the same time board member of Takasbank, the Settlement and Custody Bank of ISE.

During his tenure at ISE Erkan had additional responsibilities as a member of the Executive Board of the Turkish-Japanese Business Counsel; Co-Director of projects with the OECD in SME financing and best practices for developing stock exchanges; representative of ISE at FEAS and other organisations such as the International Organization of Securities Commissions (IOSCO), the World Federation of Exchanges (WFE), as well as being the Joint Project Coordinator of Southeast European Cooperative Initiative (SECI) to implement a cooperation Project for the securities markets in the Balkans. He also initiated a project for the cooperation of securities markets of the Islamic countries in COMCEC Subcommittee under the Organisation of the Islamic Conference (OIC).

Prior to his appointment as the Chairman and Chief Executive Officer of the Istanbul Stock Exchange by the Turkish Government, Erkan was the Chief Advisor to the Board of Konya Sugar Company, the largest private sector group of companies in sugar refining and agricultural products in Turkey. He was responsible for restructuring the group's activities.

On November 2, 2007, Hüseyin Erkan was appointed Chairman and CEO of the same institution for five years replacing Osman Birsen.

Erkan was elected a board member of the World Federation of Exchanges (WFE) in October 2008 and was a board member through end of 2011, when his term of office ended at the Istanbul Stock Exchange. In June 2012, Erkan was officially appointed to the position of Secretary General of the WFE, until the 52nd WFE General Assembly in October 2012, when a new structure for the organization, creating the positions of Chief Executive Officer (CEO) and Chief Operating Officer (COO), was officially ratified. Erkan was then appointed as the new Chief Executive Officer, a position he held until October 2014.

Hüseyin Erkan is married and has two children. He speaks English. 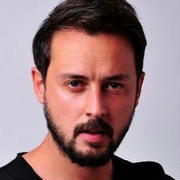