Zieff was born to Jewish parents in Chicago, Illinois, then moved to Los Angeles, CA. with his family.

He studied art for one year at Los Angeles City College, then dropped out in 1946 to join the United States Navy. He learned photography at the Naval Photography School in Pensacola, Florida and then, after his discharge, at the Art Center College of Design in Pasadena. He became a commercial photographer in New York City in the 1950s, earning a reputation in the 1960s as one of the city's best-known advertising photographers. His campaigns included "You Don't Have To Be Jewish" for Levy's rye bread, "Mamma Mia, that's a spicy meatball" for Alka-Seltzer, and ads for the New York Daily News, Polaroid, and Volkswagen. His advertising was known for its humor as well as its high production values; for a Hertz rental-car ad, he commissioned the construction of a facsimile of West Hollywood's Sunset Strip, while an ad for Tetley tea included locating old Spitfire planes.

Zieff retired from directing after My Girl 2 was released as he became increasingly debilitated by Parkinson's disease.

Zieff died aged 81 at Cedars-Sinai Medical Center in Los Angeles at 8:10am on Sunday, February 22, 2009, with his wife (retired motion picture literary agent) Ronda Gomez-Quinones at his side. Private Benjamin star Goldie Hawn was among those to pay tribute to him, saying he had a "special talent for directing comedies, always a rare gift. What I remember and cherish most was his humour and love of laughter." He is interred at Mount Sinai Memorial Park Cemetery in the Hollywood Hills of Los Angeles. 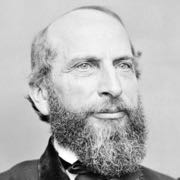