Born in Hessle, Yorkshire, England, Rudston was a right-handed batsman, who scored 631 runs at 20.35, with by far his best score of 164 against Leicestershire in 1904 in only his third first-class match. He scored two other half-centuries, took five catches but did not bowl.

Rudston was born and also died in Hessle, Yorkshire.

The contents of this page are sourced from Wikipedia article on 24 Jun 2020. The contents are available under the CC BY-SA 4.0 license.
comments so far.
Comments
From our partners
Sponsored
Reference sources
References
http://content-www.cricinfo.com/england/content/player/19867.html
https://cricketarchive.com/Archive/Players/32/32534/32534.html
Trending today in 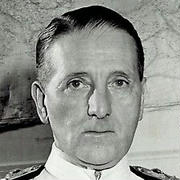