Horace Mann Bond (November 8, 1904 – December 21, 1972) was an American historian, college administrator, social science researcher and the father of civil-rights leader Julian Bond. He earned a master's and doctorate from University of Chicago, at a time when only a small percentage of any young adults attended any college. He was an influential leader at several historically black colleges and was appointed the first president of Fort Valley State University in Georgia in 1939, where he managed its growth in programs and revenue. In 1945 he became the first African-American president of Lincoln University, Pennsylvania.

Horace was born 8 November 1904 in Nashville, Tennessee, the grandson of slaves. His mother, Jane Alice Browne, was a schoolteacher, and his father, James Bond, was a minister who served at Congregational churches across the South, often associated with historically black colleges. his mother had graduated from Oberlin College in Ohio,and his father, James Bond, graduated from Berea College in Berea, Kentucky in 1892 and later served as a Berea College Trustee from 1896 to 1914. Both Berea and Oberlin are of the first colleges that were interracial. They were among the black elite and encouraged their children in academic achievement.

Horace was the sixth of seven children – one brother was prominent educator J. Max Bond, Sr.. He had several unpleasant encounters with whites during his childhood, including an incident where a white man shot at their house after having a fight with Horace's older brothers, and his father being arrested by their neighbor, a police officer, when they moved into an all-white street. Bond excelled in school, graduating from high school at the age of fourteen.

Bond graduated with honors from Lincoln University in Pennsylvania at age 19 in 1923. He also obtained membership in Kappa Alpha Psi fraternity. At Penn State, Bond realized that he was able to compete with white classmates, earning competitive grades above the 90th percentile. Later he returned to Lincoln University as an instructor. Bond then suffered the only setback to his success; he was dismissed from the college for tolerating a gambling ring in a dormitory which he was supervising. Despite his embarrassment at Lincoln, Bond achieved a reputation as a fine scholar and administrator.

Bond earned the M.A. and Ph.D degrees from the University of Chicago, where his dissertation on black education in Alabama won the Rosenberger Prize in 1936. It was published in 1939. As was customary in those years, Bond taught at a variety of academic institutions before completing his doctorate, and published his first academic book in 1934.

Bond married Julia Agnes Washington in 1929. She was a student he met while teaching at Fisk University in Nashville, Tennessee in the 1920s. Julia Washington was from a wealthy and prominent African-American family of mixed race in Nashville. She and Horace had three children: Jane Margaret, born 1939; Horace Julian, born in 1940; and James, born in 1944. Bond and his wife had high expectations for all three of their children. Jane Bond Moore is a labor lawyer specializing in employment discrimination. She formerly represented the Oakland Unified School District and the Federal Trade Commission. Ms. Moore currently teaches Employment Law and Civil Rights Law at John F. Kennedy University College of Law. James Bond was a member of the Atlanta City Council. Julian Bond (1940-2015) was chairman of the National Association for the Advancement of Colored People from 1998 to 2010. In the 1960s, Julian Bond became a leader in the Civil Rights Movement, founding the Student Nonviolent Coordinating Committee (SNCC), of black college students. Julian Bond was elected to both houses of the state legislature in Georgia, where he served a total of 20 years. In his social activism and long political career, the younger Bond achieved a national renown beyond his father's.

He worked his way up in academic administration, proving his leadership abilities by becoming dean at Dillard University in 1934, and chairman of the education department at Fisk University later in the 1930s. Bond was the first president of Fort Valley State College, in Fort Valley, Georgia, where he was appointed in 1939 and served until 1945. During his tenure he managed the expansion of the college to a four-year institution. More importantly, he gained a doubling in school income and a tripling in the state's appropriation for the college during lean economic times in the nation, substantial achievements for any college, and especially for a black college during the years of segregation.

In 1945 Bond was selected as president of Lincoln University, the first African American to be appointed to that position. He served at his alma mater until 1957. During those years, he started years of research for his history of Lincoln University. In 1953, together with historians John Hope Franklin and C. Vann Woodward, Bond did research that helped support the National Association for the Advancement of Colored People (NAACP)'s landmark US Supreme Court case of Brown v. Board of Education (1954).

Bond's first publications were in the NAACP magazine The Crisis in 1924. Here, following the publication of Brigham's analysis of Army intelligence tests he critiqued the logic behind Brighams conclusions that the lower African-American test scores indicated an inherent intellectual inferiority of the Negro race. Bond, concluded that "the medial score of White soldiers from the states of Mississippi, Kentucky, Arkansas, and Georgia, averaged. ..the mental age of a twelve and a half year old child" And he asked "Are the exponents of intelligence tests as discriminators of racial differences prepared to assert that the white population of Arkansas is inherently and racially inferior to the whites of another section of the country?" (p. 200).

In 1956 a group of White Southern Senators signed the Southern Manifesto in opposition to racial integration and the Brown vs. Board of Education decision. They argued that African Americans were not sufficiently intelligent to participate in the same schools as Whites. Bond published a parody of the arguments of the signing senators using the data he had first collected and published in 1924. He published the results in an essay titled ""Intelligence of Congressmen Who Signed the 'Southern Manifesto' as Measured by IQ Tests". Here he concluded that based on the Army intelligence tests the average of signing senators was in the lowest 20% of American Whites, on average signatories attended a college of the lowest ten percent of median National scores, and had a constituency whose majority was in the intelligence category of "morons". Consequently, Bond concluded, the logical policy recommendation following the reasoning of the senators, would be to segregate the slow-learning signatories into a group together where they could have "remedial attention to make up for their basic deficiencies". The essay was published by the NAACP and attracted widespread hilarity or uproar depending on viewpoint. Bond later referred to the essay as "his little foolishness", but he maintained that he had made a significant point.

In 1958 Audrey Shuey's "The Testing of Negro Intelligence" was published, concluding, mostly based on old intelligence studies that Bond and others had refuted in the 1920s, that the intelligence of African Americans was innately inferior to that of Whites. Bond published a scathing review in which he showed that Shuey ignored many contradictory studies, and used biased methods of comparison, for example comparing Southern black test scores with the White national average, instead of the much lower Southern White scores. Bond concluded that all Shuey had proven was that "everywhere in the United States the American negro is a subordinated underprivileged social caste".

In one of his important relationships while president of Lincoln University, Bond became friends with Albert C. Barnes, businessman, art collector and founder of the nearby Barnes Foundation. Barnes supported education for working people and took a special interest in students of Lincoln University. Barnes structured his foundation to enable Lincoln University to control the foundation's board of trustees, and thereby oversee one of the largest private art collections in the world, with valuable holdings in Impressionist and Modern art.

The art collection was worth $25–30 billion in 2007. In recent years, the Barnes Foundation contested Albert C. Barnes' will and Lincoln University's control in an effort to modernize administration of the institution, provide for renovation of the current building, and to build a new one. Supporters wanted to move the collection to Center City, Philadelphia, where they expect to attract more paying visitors and guarantee the collection's financial viability. In 2005 Pennsylvania Governor Edward Rendell brokered a settlement between the Foundation and the University that would allow moving the collection to Center City.

He published "stinging critiques" of racial claims about the intelligence of blacks, among which the best known was his essay "Racially Stuffed Shirts and Other Enemies of Mankind", a parody of segregationist psychology of the 1950s.

His papers are archived at the University of Massachusetts Amherst. In his research, he studied the social, economic, and geographic factors influencing academic achievement of black children.

The contents of this page are sourced from Wikipedia article on 28 Aug 2020. The contents are available under the CC BY-SA 4.0 license.
View Horace Mann Bond 's image gallery
Image Gallery 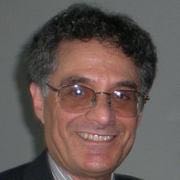