The name Hong 10 comes from using a Korean language homonym and an English language pun. The second syllable of his name, Yeol, has the same pronunciation as the Korean pronunciation for the number ten. Therefore, pronouncing the phrase "Hong 10" in Korean will be the same pronunciation as his real name, Hong-Yeol. However, this nickname is always pronounced in English, so he is referred to as hong-ten regardless of the language context - whether Korean or English or otherwise.

Hong 10 was in the crew Expression (with which he won the Battle of the Year title in 2002) and is currently in a crew called Drifterz and a project team named Project Soul while he also performs as a solo dancer. Recently he and his good friend Bboy Differ founded a crew called 7 Commandoz with the world-renowned bboys Ronnie, Differ, Skim, Wing, and Dyzee. Its former seventh member, Bboy Menno, left the crew. The crew members are known for their originality and futuristic style. Recently, Hong 10 has represented Jinjo Crew with fellow 7 Commandoz members Skim and Wing in several competitions, such as the UK B-Boy Championships 2009, Battle of the Year 2010, and R-16 Korea in both 2011 and 2012.

Some of his signature moves include the spinning airchair, switching halos, handcuff mills to headspin drills, chair flares, and his signature freeze "the Hong 10 Freeze". Hong 10 is also known as The king of Halo freeze because of his many Hong 10 (halo) freeze variations.

He first became a well-known bboy during 2002 when he exploded onto the scene being part of the Korean crews that won the then two most prestigious dance competitions in the world - Battle of the Year International and the UK B-Boy Championships. He has also done well in many individual competitions, as a red bull BC one all star winning in 2006, São Paulo Brazil and took the title in 2013 in his hometown, Seoul (South Korea). At the same time he is sometimes referred to as the famous 'runner up', having been a finalist at many competitions including three times at the UK B-boy Championships. In recent years, Hong10 has served in the Korean Army right after the prestigious RedBull BC One Moscow 2011. And at the Battle bled he lost against Bboy Finger ( France ) Although his army time restricted his time to go overseas to competitions, time to time, he acted as a judge for many local tournaments and sometimes even compete if they are within South Korea. After completing his military service he came back to the bboy scene, winning the Red Bull BC One title in 2013.

Significant achievements in major events are highlighted in bold text. Although Hong has more titles on his name, these are some notable archievements: 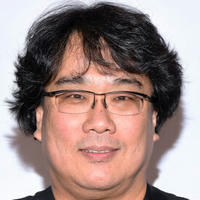 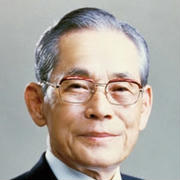