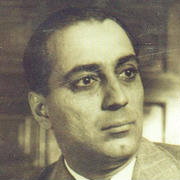 Homi Jehangir Bhabha (30 October 1909 – 24 January 1966) was an Indian nuclear physicist, founding director, and professor of physics at the Tata Institute of Fundamental Research (TIFR). Colloquially known as "father of the Indian nuclear programme", Bhabha was also the founding director of the Atomic Energy Establishment, Trombay (AEET) which is now named the Bhabha Atomic Research Centre in his honor. TIFR and AEET were the cornerstone of Indian development of nuclear weapons which Bhabha also supervised as director.

Homi Jehangir Bhabha was born into a wealthy and prominent industrial family, through which he was related to businessmen Dinshaw Maneckji Petit, and Dorabji Tata. He was born on 30 October 1909, in an illustrious family with a long tradition of learning and service to the country. His father was Jehangir Hormusji Bhabha, a well known Parsi lawyer and his mother was Meheren. He received his early studies at Bombay's Cathedral and John Connon School and entered Elphinstone College at age 15 after passing his Senior Cambridge Examination with Honors.

He then attended the Royal Institute of Science until 1927 before joining Caius College of Cambridge University. This was due to the insistence of his father and his uncle Dorab Tata, who planned for Bhabha to obtain a degree in mechanical engineering from Cambridge and then return to India, where he would join the Tata Steel or Tata Steel Mills in Jamshedpur as a metallurgist.

Studies and research at University of Cambridge

Bhabha's father understood his son's predicament, and he agreed to finance his studies in mathematics provided that he obtain first class on his Mechanical Sciences Tripos exam. Bhabha took the Tripos exam in June 1930 and passed with first class. Afterwards, he excelled in his mathematical studies under Paul Dirac to complete the Mathematics Tripos. Meanwhile, he worked at the Cavendish Laboratory while working towards his doctorate in theoretical physics. At the time, the laboratory was the center of a number of scientific breakthroughs. James Chadwick had discovered the neutron, John Cockcroft and Ernest Walton transmuted lithium with high-energy protons, and Patrick Blackett and Giuseppe Occhialini used cloud chambers to demonstrate the production of electron pairs and showers by gamma radiation.

During the 1931–1932 academic year, Bhabha was awarded the Salomons Studentship in Engineering. In 1932, he obtained first class on his Mathematical Tripos and was awarded the Rouse Ball traveling studentship in mathematics. During this time, nuclear physics was attracting the greatest minds and it was one of the most significantly emerging fields as compared to theoretical physics, the opposition towards theoretical physics attacked the field because it was lenient towards theories rather than proving natural phenomenon through experiments. Conducting experiments on particles which also released enormous amounts of radiation, was a lifelong passion of Bhabha, and his leading edge research and experiments brought great laurels to Indian physicists who particularly switched their fields to nuclear physics, one of the most notable being Piara Singh Gill.

In January 1933, Bhabha received his doctorate in nuclear physics after publishing his first scientific paper, "The Absorption of Cosmic radiation". In the publication, Bhabha offered an explanation of the absorption features and electron shower production in cosmic rays. The paper helped him win the Isaac Newton Studentship in 1934, which he held for the next three years. The following year, he completed his doctoral studies in theoretical physics under Ralph H. Fowler. During his studentship, he split his time working at Cambridge and with Niels Bohr in Copenhagen. In 1935, Bhabha published a paper in the Proceedings of the Royal Society, Series A, in which he performed the first calculation to determine the cross section of electron-positron scattering. Electron-positron scattering was later named Bhabha scattering, in honor of his contributions in the field.

In 1936, with Walter Heitler, he co-authored a paper, "The Passage of Fast Electrons and the Theory of Cosmic Showers" in the Proceedings of the Royal Society, Series A, in which they used their theory to describe how primary cosmic rays from outer space interact with the upper atmosphere to produce particles observed at the ground level. Bhabha and Heitler then made numerical estimates of the number of electrons in the cascade process at different altitudes for different electron initiation energies. The calculations agreed with the experimental observations of cosmic ray showers made by Bruno Rossi and Pierre Victor Auger a few years before. Bhabha later concluded that observations of the properties of such particles would lead to the straightforward experimental verification of Albert Einstein's theory of relativity. In 1937, Bhabha was awarded the Senior Studentship of the 1851 exhibition, which helped him continue his work at Cambridge until the outbreak of World War II in 1939.

In September 1939, Bhabha was in India for a brief holiday when World War II started, and he decided not to return to England for the time being. He accepted an offer to serve as the Reader in the Physics Department of the Indian Institute of Science, then headed by renowned physicist C. V. Raman. He received a special research grant from the Sir Dorab Tata Trust, which he used to establish the Cosmic Ray Research Unit at the Institute. Bhabha selected a few students, including Harish-Chandra, to work with him. Later, on 20 March 1941, he was elected a Fellow of the Royal Society. With the help of J. R. D. Tata, he played an instrumental role in the establishment of the Tata Institute of Fundamental Research in Mumbai.

Starting his nuclear physics career in Britain, Bhabha had returned to India for his annual vacation before the start of World War II in September 1939. War prompted him to remain in India and accepted a post of reader in physics at the Indian Institute of Science in Bengaluru, headed by Nobel laureate C.V. Raman. During this time, Bhabha played a key role in convincing the Congress Party's senior leaders, most notably Jawaharlal Nehru who later served as India's first Prime Minister, to start the ambitious nuclear programme. As part of this vision, Bhabha established the Cosmic Ray Research Unit at the Institute, began to work on the theory of point particles movement, while independently conducting research on nuclear weapons in 1944. In 1945, he established the Tata Institute of Fundamental Research in Bombay, and the Atomic Energy Commission in 1948, serving as its first chairman. In 1948, Nehru led the appointment of Bhabha as the director of the nuclear program and tasked Bhabha to develop the nuclear weapons soon after. In the 1950s, Bhabha represented India in IAEA conferences, and served as President of the United Nations Conference on the Peaceful Uses of Atomic Energy in Geneva, Switzerland in 1955. During this time, he intensified his lobbying for the development of nuclear weapons. Soon after the Sino-Indo war, Bhabha aggressively and publicly began to call for the nuclear weapons.

Bhabha gained international prominence after deriving a correct expression for the probability of scattering positrons by electrons, a process now known as Bhabha scattering. His major contribution included his work on Compton scattering, R-process, and furthermore the advancement of nuclear physics. He was awarded Padma Bhushan by Government of India in 1954. He later served as the member of the Indian Cabinet's Scientific Advisory Committee and provided the pivotal role to Vikram Sarabhai to set up the Indian National Committee for Space Research. In January 1966, Bhabha died in a plane crash near Mont Blanc, while heading to Vienna, Austria to attend a meeting of the International Atomic Energy Agency's Scientific Advisory Committee.

Bhabha (right) at the International Conference on the Peaceful Uses of Atomic Energy in Geneva, Switzerland, 20 August 1955

When Homi Jehangir Bhabha was working at the India Institute of Science, there was no institute in India which had the necessary facilities for original work in nuclear physics, cosmic rays, high energy physics, and other frontiers of knowledge in physics. This prompted him to send a proposal in March 1944 to the Sir Dorabji Tata Trust for establishing 'a vigorous school of research in fundamental physics'. In his proposal he wrote :

The trustees of Sir Dorabji Jamsetji. Tata Trust decided to accept Bhabha's proposal and financial responsibility for starting the Institute in April 1944. Bombay was chosen as the location for the prosed Institute as the Government of Bombay showed interest in becoming a joint founder of the proposed institute. The institute, named Tata Institute of Fundamental Research, was inaugurated in 1945 in 540 square meters of hired space in an existing building. In 1948 the Institute was moved into the old buildings of the Royal Yacht club.

When Bhabha realized that technology development for the atomic energy programme could no longer be carried out within TIFR he proposed to the government to build a new laboratory entirely devoted to this purpose. For this purpose, 1200 acres of land was acquired at Trombay from the Bombay Government. Thus the Atomic Energy Establishment Trombay (AEET) started functioning in 1954. The same year the Department of Atomic Energy (DAE) was also established. He represented India in International Atomic Energy Forums, and as President of the United Nations Conference on the Peaceful Uses of Atomic Energy, in Geneva, Switzerland in 1955. He was elected a Foreign Honorary Member of the American Academy of Arts and Sciences in 1958.

Bhabha is generally acknowledged as the father of Indian nuclear power. Moreover, he is credited with formulating a strategy of focussing on extracting power from the country's vast thorium reserves rather than its meagre uranium reserves. This thorium focused strategy was in marked contrast to all other countries in the world. The approach proposed by Bhabha to achieve this strategic objective became India's three stage nuclear power programme.

Homi J. Bhabha died when Air India Flight 101 crashed near Mont Blanc on 24 January 1966. Misunderstanding between Geneva Airport and the pilot about the aircraft position near the mountain is the official reason of the crash.

Many possible theories have been advanced for the air crash, including a conspiracy theory in which the Central Intelligence Agency (CIA) is involved in order to paralyze India's nuclear program. When an Indian diplomatic bag containing calendars and a personal letter was recovered near the crash site in 2012, it was a "Type C" diplomatic bag containing no important documents. Bust of Homi Bhabha which is placed in the garden of Birla Industrial & Technological Museum, Kolkata

After his death, the Atomic Energy Establishment at Bombay was renamed as the Bhabha Atomic Research Centre in his honour.

In addition to being an able scientist and administrator, Bhabha was also a painter and a classical music and opera enthusiast, besides being an amateur botanist.He is one of the most prominent scientists that India has ever had. Bhabha also encouraged research in electronics, space science, radio astronomy and microbiology.

At Bhabha's death his estate including Mehrangir, the sprawling colonial bungalow at Malabar Hill where he spent most of his life, was inherited by his brother Jamshed Bhabha. Jamshed, an avid patron of arts and culture, bequeathed the bungalow and its contents to the National Centre for the Performing Arts, which auctioned the property for Rs 372 crores in 2014 to raise funds for upkeep and development of the centre. The bungalow was demolished in June 2016 by the owner, Smita-Crishna Godrej of the Godrej family, despite some efforts to have it preserved as a memorial to Homi Bhabha. 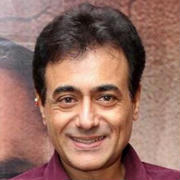 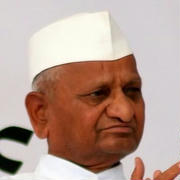 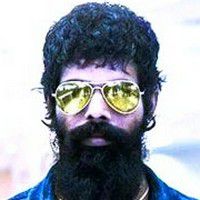