Homer Smith Jr (1909–1972) studied journalism at the University of Minnesota between 1922 and 1928, financing his schooling while working for the U.S. Post Office. In 1932 in partial reaction to the Scottsboro Boys trial (nine African American teenagers, ages 13 to 20, falsely accused in Alabama of raping two white women on a train in 1931), Smith decided to emigrate to the Soviet Union in 1932. While working in the Soviet postal service, Smith was a journalist in the Associated Negro Press.

In response to an invitation from the Meschrabporn Film Corporation of Moscow, an eager band of young Negroes volunteered [to work on a proposed film titled Black and White in Moscow]... Langston Hughes... Wayland Rudd, who had worked in Porgy; Taylor Gordon, writer and concert singer; Loren Miller, now a prominent Los Angeles attorney; Ted R. Poston, a New York newsman; and Henry Lee Moon, prominent publicist and author, were all amongst the twenty-two passengers as the North Bremem liner Europa sailed past the Statue of Liberty on June 14, 1932... Others among the American Negro expatriate population [in Moscow] included Robert Robinson, a fine tolerance tool maker from Detroit; George Tynes, an agriculturist from Wilberforce; Lloyd Patterson, an interior decorator from Hampton, Virginia who had come over with the Black and White [film] group...
One case dramatized for me, as no other, the absoluteness of the purges. Lovett Forte-Whiteman was one of the early Negro pilgrims who journeyed to Moscow to worship at the Kaaba of Communism.

When Germany invaded Russia in the summer of 1941, he became a full-time war correspondent for the Associated Negro Press and in 1944 he became half of the two-person Associated Press team in Moscow.

Smith left Russia for Ethiopia in 1946, and returned to the United States in 1962. His time in the Soviet Union was the primary focus of his 1964 autobiography Black Man in Red Russia. Homer Smith died in Chicago in 1972 at the age of 63.

The contents of this page are sourced from Wikipedia article on 02 Mar 2020. The contents are available under the CC BY-SA 4.0 license.
comments so far.
Comments
From our partners
Sponsored
Reference sources
References
https://www.blackpast.org/african-american-history/smith-homer-jr-1909-1972/
Trending today in 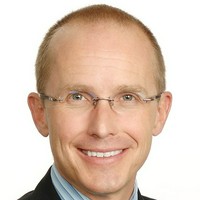