Holly Hotchner was the director of the Museum of Arts and Design, or MAD, (formerly the American Craft Museum), in New York City from 1996 to 2013. She was appointed by the museum’s board of governors in 1996. Under her leadership, MAD built a new 58,000-square-foot (5,400 m2) home at 2 Columbus Circle in Manhattan, which opened in September 2008. After 16 years as director, she announced in January 2013 that she would step down at the end of April 2013. Prior to holding this position, she served as director of the New York Historical Society Museum from 1988-1995. There, her responsibilities included restructuring the administration, overseeing a staff of 40, participating in raising more than $40 million for the institution’s collections, and managing the museum's education programs, general operations, and facilities capital improvement program. From 1984-1988 she was chief conservator at the Historical Society, where she led a new program to enhance the care and cataloguing of the museum’s 1.5 million-object collection. Before joining the New York Historical Society, Hotchner was a Conservation Fellow at the Metropolitan Museum of Art, and also held positions at The Tate Gallery in London, the Hirshhorn Museum in Washington, D.C., the Museum of Modern Art, New York and the Metropolitan Museum of Art in New York. She holds an M.A. in Art History and a certificate of conservation from the Institute of Fine Arts at New York University, and a B.A. in Art History and Studio Art from Trinity College. She has served on numerous panels for government funding of the arts, and as a juror for exhibitions and for artists’ awards. She also established Holly Hotchner Fine Arts Management, which provided collections management, cataloguing and conservation services to individuals and corporations. During her tenure, she has increased the MAD’s operating funds and endowment, while expanding its exhibition programming and outreach. She co-organized a number of critically acclaimed exhibitions at the Museum with accompanying catalogues, including Radical Lace & Subversive Knitting; the series on contemporary Native American art, Changing Hands: Art Without Reservation; Ruth Duckworth: Modernist Sculptor; Corporal Identity–Body Language; Beatrice Wood: A Centennial Tribute; 4 Acts in Glass; Art & Industry: 20th Century Porcelain from Sèvres; Defining Craft I: Collecting for the New Millennium; and Venetian Glass: 20th Century Italian Glass from the Olnick Spanu Collection. The original design of the Edward Durell Stone building in 2 Columbus Circle.

Museum of Arts and Design at 2 Columbus Circle, nearly completed in July 2008. The redesigned building now seems to spell the letters "HI" in its gray paneling.

But others noted that the building had only received mixed reviews. One prominent critic from Art News described it as "a turkey" with the "cheap glamour of a shoe emporium on Main Street" and another from The Washington Post wrote that it was difficult to have strong feelings about the building one way or the other. Ms. Huxtable has since remarked that an endearing mythology has been created around the structure that didn't exist until long after its creation — a retrospective analysis of a building that she believes was no more "a bellwether of the postmodern movement" than Mr. Sone was a "prophet who made the break with orthodox modernism".

Over time, however, many of Stone's critics became accustomed to the building's unusual appearance and grew to appreciate it. Before the building's alterations, Stone's design at 2 Columbus Circle was listed as one of the World Monuments Fund's "100 Most Endangered Sites for 2006." In 2004, the National Trust for Historic Preservation called it one of America's "11 Most Endangered Historic Places." Despite the push towards preservation, others, notably Ms. Huxtable, have countered that the building's structural report indicated that its screen facade and other structural components were severely deteriorated "past reasonable preservation or repair" and that, therefore, a preservation was financially, if not physically, impractical.

The museum's new venue was designed by Brad Cloepfil and his Portland, Oregon-based firm Allied Works Architecture. The redesigned building replaced the original white Vermont Marble with a glazed terra-cotta and glass facade. Its nacreous ceramic exterior is said to change color at different viewing angles.

Against Cloepfil's wishes, the museum's board and its director, Holly Hotchner, ordered a band of windows added to the building's top floor. This horizontal element connected a pair of vertical strips, creating an H-shape, while a vertical strip on the western side of the building reads as an I. Commenting on the introduction of the word "HI" to his design, Cloepfil said he "never felt more violated in any way."

The architecture critic for the LA Times, Christopher Hawthorne, wrote:

It's as if Stone, his architecture muffled and disregarded by Cloepfil, MAD and the city of New York, managed to have the last word on the preservation controversy, popping up from beyond the grave to say hello. The fact that the word in question is unpretentious and loosely informal makes it deliciously Stone-like, and allows it to undermine the severity and cold perfectionism of Cloepfil's exterior all the more.

Eyewitnesses of the redesign have compared the new facade to "suburban aluminum siding" and noted that the facade not only spells "HI," but also other inchoate letters allows a viewer to see the entire German word "HEIL" in the building's gray paneling.

Ada Louise Huxtable, who had coined the term "Lollipop Building" for the original structure, wrote:

Something has gone noticeably wrong. This is a precisely calibrated aesthetic that can be destroyed by one bad move, and that move has been the late insertion of a picture window on the restaurant floor. The client insisted and the architect resisted, and we will never know when and where the relationship fell apart — but at some point it obviously did, and so did the design.... The eternal banality of the picture window is forever with us.... Even with the building's flaws, however, criticism of the structure has been alarmingly out of proportion and flagrantly out of control.

The design has received almost completely negative comments in feedback on the New York Times website. [2] [3] Of the newly uncovered redesign, James Gardner, architecture critic for the NY Sun wrote:

Say what you want about Stone’s building, it was indubitably a landmark; the best that can be said for its replacement is that, if we’re lucky, no one will ever notice it.... A thought occurs that might help us out of our newfangled mess: Assuming that what was done to the interior is what needed to be done all along, it might be relatively easy — not now of course, but after a decent interval of, say, five years — to restore the original façade. [4]

The new façade... uses glass bands, or "cuts," rather than conventionally patterned fenestration, across a plane of ceramic tiles glazed so as to change color subtly when viewed in different light conditions. For me, I am sorry to say, it's all scaleless. Where Stone's original building read as neatly scaled to its setting, Mr. Cloepfil's redesign reads as a piece of abstract sculpture that, at building scale, seems all wrong.

Paul Goldberger praised the new building's "functional, logical, and pleasant" interior in a review in the New Yorker, but wrote:

Ultimately, Cloepfil has been trapped between paying homage to a legendary building and making something of his own. As a result, if you knew the old building, it is nearly impossible to get it out of your mind when you look at the new one. And, if you’ve never seen Columbus Circle before, you probably won’t be satisfied, either: the building’s proportions and composition seem just as odd and awkward as they ever did.

Architecture critic Nicolai Ouroussoff named the building as one of seven buildings in New York City that should be torn down because they "have a traumatic effect on the city." Ouroussoff also wrote:

The renovation remedies the annoying functional defects that had plagued the building for decades. But this is not the bold architectural statement that might have justified the destruction of an important piece of New York history. Poorly detailed and lacking in confidence, the project is a victory only for people who favor the safe and inoffensive and have always been squeamish about the frictions that give this city its vitality.

Witold Rybczynski wrote in Slate that the new design:

feels like an alien presence.... Slots appear at random, and a continuous ribbon of fritted glass zigzags down the building, graphic effects that belong more to the packaging of consumer products than to architecture. At the base, several of Stone's original Venetian columns are preserved behind murky glass like body parts in formaldehyde. As for the glazed terra-cotta tiles of the exterior, they are dull and lifeless and make even the slick steel-and-glass facade of the Time-Warner Center next door look lively. The new Museum of Arts and Design is artsy and designy, but it is not good architecture, and it makes me miss Stone's winsome palazzo all the more.

This version won’t satisfy those who thought it should never have been touched, and it’s not bold enough to overpower their arguments — or, I suspect, to turn the Museum of Arts and Design into an essential destination.

A 2006 article in the New York Times acknowledged that when Holly Hotchner first became director of the institution 10 years earlier, "few people seemed to have heard of it," but then it became arguably best known for "the bitter preservation battle arose over its purchase and planned renovation of 2 Columbus Circle, the 1964 'lollipop' building near Central Park designed by Edward Durell Stone." Ms. Hotchner responded that she hoped it would "become known for what it does, not where it is." 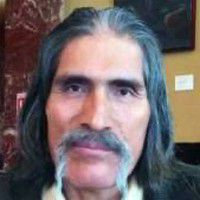 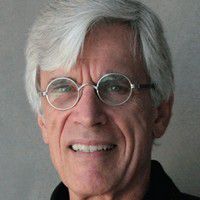 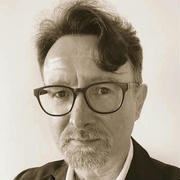 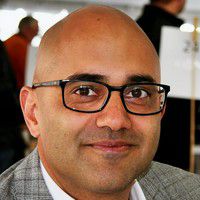