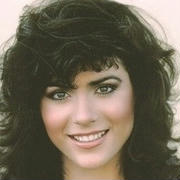 Gagnier was born on December in Los Angeles, California, to Hugh Gagnier, a cinematographer and Eleanor Gagnier, a stenographer for the United Nations. Eleanor served as a stenographer on the Nuremberg trials. Holly is one of 5 siblings.

Gagnier's notable roles include long running stints on daytime's One Life to Live, Days of Our Lives in the ground-breaking role of young teen mother Ivy Jannings, and on General Hospital as the insane Jennifer Smith. She also appeared in a 1981 episode of The Facts of Life as “Home Run Helen“ in the episode "Sex Symbol." While on One Life to Live, she appeared on the Oprah Winfrey Show as one of daytime's most popular characters. She was a series regular on Baywatch, and has had recurring roles on several television series including Pacific Blue, Middle Ages, and as a young teen on House Calls opposite Lynn Redgrave. She has been seen on television shows including Scandal, Private Practice, House, Perception, Friends (as one of Joey's famous sisters), ER, Dream On, and Ringer to name a few. She has performed in several theater productions both in New York City and Los Angeles, most recently in "God of Carnage" and "Yellow Face," as well as Christopher Durang's "Beyond Therapy". Gagnier recently completed the Hallmark movie Kiss on Candy Cane Lane and The Stalker Club for Lifetime with fellow soap vet Maeve Quinlan. On the big screen, she made her debut in New World Pictures' Girls Just Want to Have Fun, Gun, Son of an Afghan Farmer, the cult film Free Enterprise, The Undertaker's Wedding, and Breakout. Currently, Holly can be seen in the award-winning Reckless Juliets on Youtube TV. Holly has a penchant for being in short films and has been in several award-winning shorts on the film festival circuit in the last few years.

Ms. Gagnier has a huge, successful mentorship program where she coaches young artists on their career paths. The majority of these artists are now highly successful in front of and behind the camera, as well as on stage and screen.

Ms. Gagnier is Hollywood's best kept secret behind some of on-camera's favorite performances. She has a private coaching company where she works with actors on their roles. Word of mouth had led to many of Los Angeles' most prominent lawyers utilizing her coaching gift to create the effective opening and closing arguments they are aiming for.

Gagnier is very involved in Veterans charities. She is a sponsor of Task Force Omega. She has also produced one of Los Angeles longest running plays "Welcome Home Soldier A Tribute to Vietnam Veterans" ran for 25 years at Playhouse West. All proceeds from the production went directly to Veterans charities.

Ms. Gagnier has been linked to some notable men. Gagnier was seriously involved with actor Alec Baldwin for seven years. She was also linked to Hall of Fame Pitcher Jim Palmer. In 1999 she had one child. After her divorce in 2002, she dated and ultimately became engaged in 2009 to actor Parker Stevenson (they played a married couple a decade earlier on Baywatch).

Gagnier currently resides in Los Angeles with her daughter.