Ninomiya was born in Kumamoto Prefecture on April 11, 1969. After graduating from University of Tsukuba, he joined Urawa Reds in 1992. In 1992, he moved to Uruguayan club Danubio on loan. In 1993, he returned to Urawa Reds and played many matches as forward. However he could not play at all in the match in 1994 and he moved to Regional Leagues club Prima Ham Tsuchiura (later Mito HollyHock). In 1997, the club was promoted to Japan Football League. He retired end of 1997 season.

After retirement, Ninomiya started coaching career at Mito HollyHock in 1998. He served as coach under manager Toshiya Miura. In 1999, he became a manager as Miura successor. The club won the 3rd place in 1999 Japan Football League and was promoted to J2 League. However he did not have a license for J.League manager. So, he returned to a coach in 2000. He left the club end of 2000 season.

The contents of this page are sourced from Wikipedia article on 08 Mar 2020. The contents are available under the CC BY-SA 4.0 license.
comments so far.
Comments
From our partners
Sponsored
Reference sources
References
https://data.j-league.or.jp/SFIX04/?player_id=90
Trending today in 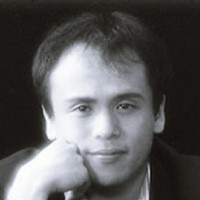