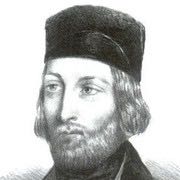 He poisoned his brother-in-law in order to acquire some urgently needed money. In 1851, the chemist Jean Servais Stas proved that Visart de Bocarmé had used nicotine extracted from tobacco leaves as poison. This was the first exact proof of alkaloids in forensic medicine.

Visart de Bocarmé was born aboard a ship heading to Java, where his father had signed to serve as vice-governor. His birth certificate was issued in 1819 in Malaysia. He spent his early years in Java, before his family returned to Europe. Afterwards he lived a few years with his father in Arkansas. He later returned to Belgium and lived in Château de Bitremont.

In 1843 he married Lydia Fougnies, daughter of a retired grocer. They had four children:

The couple permanently was short of money. After Fougnies's father died, the count's brother-in-law Gustave Fougnies inherited the property. As Gustave was unmarried and of weak constitution, Hippolyte Visart de Bocarmé assumed he would inherit the fortune soon.

In November 1850 Fougnies announced he was to marry, which was a blow to Visart de Bocarmés's hopes. On 20 November 1850 he invited his brother-in-law to Château de Bitremont. During the dinner Fougnies died, with only the count and countess present in the room. Both claimed that Fougnies had died of apoplexy.

The examination showed however that Fougnies was forced to swallow a poisonous and corrosive substance. The well-known Belgian chemist Jean Servais Stas then proved with a toxicologic examination that Visart de Bocarmé had used tobacco extract to poison his brother-in-law. Stas earned lasting fame, and his method of identifying the alkaloid poisons is fundamentally the same as that used today.

The case in popular culture

Visart de Bocarmés murder and the toxicologic examinations by Stas have been described as a case in many specialised books on medical jurisprudence and toxicology.

In 1968 an episode of the Belgian TV series Beschuldigde sta op based on the case was produced. The role of Count Bocarmé was played by actor Bob Van der Veken.

In the early 1990s the Brussels Comédie Claude Volter showed the play Nicotine et guillotine, which was also based on Count Bocarmés case.