Hinson Leung (Chinese: 梁倬軒; Jyutping: loeng4 coek3 hin1; born 25 November 1987) was a Hong Kong professional football player played for Hong Kong First Division League side South China as a midfielder. He was promoted from the youth team of South China in the season of 2008-09.

Hinson Leung Cheuk-hin was included in Kim Pan-Gon's squad for the 2010 East Asian Football Championship qualifiers, which began in Kaohsiung, Taiwan, on Sunday 23 August 2009, when Hinson was only 21 years old and only played a top class football match once. Leung admitted he was included in the squad only because he was a South China player. "It is a great honour for me to represent Hong Kong,' he said. 'But I know this would not have happened if I was not playing for South China."

Hinson Leung was arrested on Tuesday 7 January 2014, along with 8 other people by the ICAC for alleged match-fixing. He was working as Happy Valley AA's club executive officer. 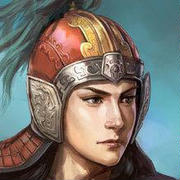