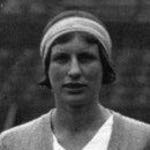 Hildegard "Hilde" Krahwinkel Sperling ([ˈhɪldəɡaʁt kʀaːvɪŋkl̩] née Krahwinkel; 26 March 1908 – 7 March 1981) was a German tennis player who became a dual-citizen after marrying Dane Svend Sperling in December 1933. She won three consecutive singles titles at the French Championships from 1935 to 1937. Krahwinkel Sperling is generally regarded as the second-greatest female German tennis player in history, behind Steffi Graf. Sperling played a counterpunching game, predicated on speed, and wore down opponents. Helen Jacobs once wrote that Sperling was the third-best player she ever played, behind Helen Wills Moody and Suzanne Lenglen.

According to A. Wallis Myers and John Olliff of The Daily Telegraph and the Daily Mail, Sperling was ranked in the world top ten from 1930 through 1939 (no rankings issued from 1940 through 1945), reaching a career high of World No. 2 in those rankings in 1936. But according to Ned Potter of American Lawn Tennis magazine, Sperling was the top ranked player for 1936.

Sperling's only loss on a clay court from 1935 through 1939 was to Simonne Mathieu at a tournament in Beaulieu, France in 1937. The score was 7–5, 6–1, and the two sets took 2 hours and 45 minutes to play. Two games alone lasted an hour. It was Mathieu's only victory versus Sperling in over 20 career matches.

Sperling twice reached the singles final at Wimbledon but never won the title. In 1931, she lost to her compatriot Cilly Aussem. In 1936, she lost to Jacobs. However, Sperling won the mixed doubles title that year, playing with Gottfried von Cramm. 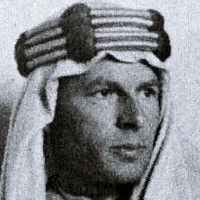