Hıfzı Topuz (born 1923) is a Turkish veteran journalist, travel writer and novelist. He also served as a lecturer on journalism at several universities.

Hıfzı Topuz was born 1923 in Istanbul. After finishing his secondary education at the Galatasaray High School in 1942, he studied Law at Istanbul University graduating in 1948. Later, he went to France, where he attended University of Strasbourg to conduct further studies in international law and journalism between 1957 and 1959. In 1960, he earned a doctoral degree in journalism from the same university.

After graduating from Istanbul University, Hıfzı Topuz entered journalism, and was employed between 1948 and 1957 at the daily newspaper Akşam, where he worked as a reporter and later as an editor. He co-founded Istanbul Journalists' Union, and served as its leader.

Topuz planned in 1962 at the headquarters of UNESCO a project to establish the "College of Communications" (as its title then Turkish: Basın-Yayın Yüksek Okulu) at the University of Ankara.

Invited by İsmail Cem İpekçi, the newly appointed head of the state-owned Turkish Radio and Television Corporation (TRT), he returned in 1974 to Turkey to lead the radio channels of TRT until 1975.

He founded in 1986 the "İletişim Araştırmaları Derneği" (İLAD) (literally: Communications Research Association), whose president he still is.

Topuz wrote for the daily newspapers Vatan, Milliyet and Cumhuriyet and some magazines.

Hıfzı Topuz wrote non-fiction on communications in addition to biographies, travel books and novels. He opened a new field in the Turkish literature by choosing the subject matters of his novels from history or historical figures.

Hıfzı Topuz was honored in 1998 with the "Sertel Demokrasi Ödülü" (Sertel Democracy Award). He received in 2007 the "Orhan Kemal Roman Armağanı" (Orhan Kemal Novel Prize) for his work Başın Öne Eğilmesin. The "Afrika Diplomatik Akademisi" (ADA) (Africa Diplomatic Academy) awarded him in 2008 with its "Peace and Friendship Prize". In 2009, the "Çağdaş Gazetecier Derneği" (Association of Contemporary Journalists) awarded him with its "Honor Prize". 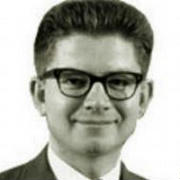 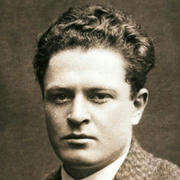