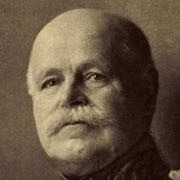 Hermann Emil Gottfried von Eichhorn (13 February 1848 – 30 July 1918) was a Prussian officer, later Generalfeldmarschall during World War I. He was a recipient of Pour le Mérite with Oak Leaves, one of the highest orders of merit in the Kingdom of Prussia and, subsequently, Imperial Germany.

Eichhorn was born in Breslau in the Province of Silesia (now Wrocław in Poland). A veteran of the Austro-Prussian War and the Franco-Prussian War, he had risen through the ranks of the Prussian Army, being appointed chief of the staff of the VI Army Corps at Breslau in 1897, commanding the 9th Division from 1901 to 1904 and the XVIII Army Corps from 1904 to 1912. In 1912 he took command of the 7th Army Inspection, the peacetime headquarters for the Imperial German XVI, XVIII, and XXI Army Corps.

At the outbreak of World War I, Eichhorn was incapacitated in consequence of an accident, but was able to play a part in the Battle of Soissons. He became the commanding general of the 10th Army on 21 January 1915, which he would command until 5 March 1918. This Army engaged in the great battle of the Masurian Lakes in February 1915. In August, he took Kovno and afterwards the fortresses of Grodno and Olita, and continued his advance into Russia. He received the Pour le Mérite on 18 August 1915 and the oak leaves to the Pour le Mérite on 28 September 1915. On 30 July 1916, while remaining in command of the 10th Army, Eichhorn became supreme commander of Army Group Eichhorn (Heeresgruppe Eichhorn) based around 10th Army, which he would command until 31 March 1918. On 18 December 1917, Eichhorn was promoted to Generalfeldmarschall. On 3 April 1918, Field Marshal von Eichhorn became supreme commander of Army Group Kiev (Heeresgruppe Kiew) and simultaneously military governor of Ukraine.

He was assassinated in Kiev on 30 July 1918 by Boris Mikhailovich Donskoy of Left Socialist Revolutionaries. He is buried at the Invalidenfriedhof in Berlin.

He was also awarded an honorary doctorate from the University of Berlin on 18 February 1918.

Wilhelm II, German Emperor, decreed that one of the eight towers of Malbork Castle (Ordensburg Marienburg of the Teutonic Order) had to bear his name. According to him Eichhornstraße in Berlin is named in the Marzahn-Hellersdorf. 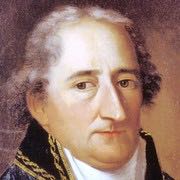