Hermann of Solms-Hohensolms-Lich
The basics

Prince Herman Adolf of Solms-Lich-Hohensolms (15 April 1838 in Brtnice – 16 September 1899 in Lich, Hesse) was a German nobleman from the House of Solms-Hohensolms-Lich and a politician.

Hermann was the eldest son of Prince Ferdinand of Solms-Lich-Hohensolms (1806-1876) and his wife Caroline, Countess of Collalto and San Salvatore (1818-1855).

He married in 1865 in Janowice Wielkie with Countess Agnes of Stolberg-Wernigerode (1842-1904). They had seven children:

Regent of Waldeck and Pyrmont 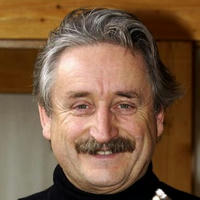