Maier did not initially enjoy much success in ski racing. As a 15-year-old at the Schladming ski academy, he was sent home after being told he would not succeed because of his slight build, caused by growth impairments. He returned home to his hometown of Flachau and his father's ski school, which remains Maier's home. He took up work as a bricklayer in the summer and a ski instructor in the winter.

Participating in local races, Maier became a multiple regional champion in Salzburg and Tyrol, but still was not able to gain a spot in the strong Austrian World Cup ski team. Putting that behind him, his outstanding talent was recognized for the first time by Austrian coaches on 6 January 1996, when he was timed with the 12th fastest time in a World Cup giant slalom in Flachau, although only starting as a forerunner, not participating in the actual competition. This would become the starting point of his international career.

Maier made his World Cup debut at age 23 on 10 February 1996, and finished 26th in the giant slalom at Hinterstoder, Austria. A year later in February 1997, he won his first World Cup event – a super-G race in Garmisch-Partenkirchen. He quickly established himself as an explosive and dynamic racer, well known for his strength, willingness to take risks, and strong work ethic.

Maier soon dominated alpine ski racing, winning the gold medal in the giant slalom and super-G at the 1998 Winter Olympics in Nagano, only a few days after a dramatic crash in the downhill race where he flew spectacularly off the sunlit course, landed partially on his head, tumbled head over heels several times, and crashed through two layers of B-netting. Despite the horrible look of the crash, Maier was able to walk out under his own power. That put him on the cover of Sports Illustrated magazine and made him a well known sportsman around the globe. Maier won the overall World Cup title in 1998, as well as the super-G and giant slalom season titles, and placed second in the downhill standings.

In 2000 he won the overall World Cup title, as well as the season titles in downhill, super-G, and giant slalom. He had a dominating performance, setting the then most point garnered by an alpine skier, of 2000 points. This record was not surpassed until female skier Tina Maze beat it in 2013, with 2,414 points.

In 2001 he won the overall World Cup title, as well as the season titles in downhill, super-G, and giant slalom. He won 13 World Cup races, but settled for two medals (silver and bronze) in the speed events at the 2001 World Championships in St. Anton. He was the reigning world champion in both events, won in 1999 at Beaver Creek, Colorado.

His racing career nearly ended following a near-fatal motorcycle accident on August 24, 2001; he collided with a car on his way home from a summer training session in Austria. Doctors nearly amputated his lower right leg, but instead Maier underwent massive reconstructive surgery. Most believed his racing career was over, and he had to sit out the 2002 season, missing the 2002 Winter Olympics in Salt Lake City. He returned to international competition in January 2003 in Adelboden, Switzerland. Just two weeks later, he shocked the skiing world with an amazing super-G victory in the skiing-mecca of Kitzbühel, Austria.

In 2004, his first full season back, he reclaimed both the super-G and overall titles, a feat widely seen as one of the greatest comebacks in sports history. In 2004, Maier received the Laureus World Sports Award for the "Comeback of the Year". His overall title was the fourth of his career.

Reflecting his apparently indestructible nature, he is sometimes jocularly known as "The Herminator." After his 1998 Olympic gold medals in Nagano he also appeared on The Tonight Show with Jay Leno on NBC – together with Austrian-born actor Arnold Schwarzenegger, who is known worldwide as "The Terminator".

In 2004, Maier wrote an autobiography with his friend and former publicity agent, Knut Okresek. The book, Hermann Maier: Das Rennen Meines Lebens (in German), dealt mainly with his stunning recovery from the 2001 motorcycle accident. In 2005, VeloPress, a Boulder, Colorado-based publisher affiliated with Ski Racing magazine, acquired the worldwide English language rights to the book, which was published in time for the 2006 Olympics in Turin, Italy, as Hermann Maier: The Race of My Life.

In October 2005, he won the opening giant slalom in Sölden to amass 51 victories in the World Cup. This placed him fifth on the career victory list, behind Ingemar Stenmark, Lindsey Vonn, Annemarie Moser-Pröll, and Vreni Schneider.

On 20 June 2007, Maier announced he was switching to Head as his equipment sponsor, ending his long affiliation with Atomic. Also switching from Atomic to Head at this time were champions Bode Miller of the U.S. and Didier Cuche of Switzerland.

On 18 January 2008, Maier finished second in the Kitzbühel's super-G, behind Marco Büchel and in front of Didier Cuche for a total podium age of 104 years. His career results in the super-G races at Kitzbühel are the best in history (7 races: 5 wins and 2 second places). The following day, Maier finished fifth in the downhill. These were his best results of the 2008 season.

On 30 November 2008, Maier won the first super-G of the 2009 season, held in Lake Louise, for his 24th super-G win. It was his 54th World Cup victory, but the first in nearly three years, and came a week before his 36th birthday. It was Maier's fourth victory in the super-G at Lake Louise, the last coming five years earlier.

On 13 October 2009, after 13 years competing in the World Cup circuit, 36-year-old Maier announced his retirement.

Maier also won an all-around sports competition, the 2001 edition of the American Superstars competition and he frequently acts in TV adverts for his sponsor bank Raiffeisen. 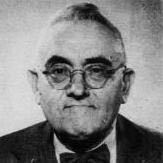