Hermann Albin Josef Freiherr Kövess von Kövessháza (Hungarian: kövessházi báró Kövess Hermann; 30 March 1854 – 22 September 1924) was the final, and completely ceremonial, Commander-in-Chief of the Austro-Hungarian Army. He served as a generally competent and unremarkable commander in the Austro-Hungarian Army and was close to retirement in 1914 when the First World War broke out and he was given a command post.

Kövess' father was a senior military officer living in Temesvár, Kingdom of Hungary, Austrian Empire (now Timișoara, Romania). His mother's family belonged to the small German-speaking Transylvanian Saxon minority known as the Siebenbürger-Sachsen. He married the Baroness Eugenie Hye von Glunek in 1892 and they had 3 sons; Adalbert, who was killed in action in 1914 and Géza and Jenő who served as artillery officers.

He enrolled into a cadet institute at Hainburg in 1865, and, after spending some time there and at the academy in Znaim, he moved to a military academy in Vienna. He passed the courses at the academy with fair success and received an accelerated promotion to captain.

He led his first military expedition in 1882 on a mission to suppress a mutiny in Dalmatia and was commended by the Emperor Francis Joseph I of Austria with a Merit Medal and also received a Knights Cross of the Order of the Italian Crown that same year. After the campaign he failed his next examination and was transferred into the infantry. His good performance during his service with the infantry provided him with quick promotions to major in 1890 and then to lieutenant colonel in 1894 and soon after to colonel.

He had become one of the youngest colonels in the Austro-Hungarian Army and one of the most powerful Protestants serving in a generally Roman Catholic officer corps. His Protestantism caused a scandal when he was involved in an event where 400 Roman Catholics converted to Protestantism after a dispute. The scandal was generally ignored by the military, but condemned by the Catholic Church. The condemnation led him to believe he would be prematurely retired; however, this turned out to be false due to the onset of World War I.

At the beginning of World War I, Kövess commanded the XII. (Transylvania) Corps, and fought in the tenacious defense against the superior Russian forces in east and central Galicia, and later in Russian Poland. During the spring offensive of 1915, he captured by storm the fortress of Ivangorod. In the autumn, under the command of August von Mackensen, he led the III. Army during the Serbian Campaign, with which he captured Belgrade and penetrated deep into Serbia. In January 1916, in independent command, he overthrew Montenegro in the Montenegrin Campaign, and also occupied Albania.

In the early summer of 1916, Kövess' army cooperated in the operation against Arsiero-Asiago. But after the breakthrough of Aleksei Brusilov, he was transported in all haste to the Galician theatre of war. Kövess soon after took over the command of the VII. Army, and defended the ridges of the Wooded Carpathians against Russian attack.

In the summer of 1917, Kövess sallied from the mountains with his troops, made himself master of Czernowitz and Radautz, and drove the Russians almost entirely from the Bukovina. He was promoted to the rank of Field Marshal on 5 November 1917. From the middle of January to the beginning of April 1918, he commanded the army front consisting of the I. and VII. Armies, extending from the Dniester to the south-eastern corner of Transylvania.

Entrusted after the withdrawal of Bulgaria with the thankless task of the command of the troops in the Balkans, Kövess could do nothing more than arrange for the evacuation of the occupied territories according to plan, and for the defence of the Danube-Sava line. When Emperor Charles laid down the supreme command, he nominated Kövess as his successor. But the dispersal of the forces closed Kövess's military career.

Kövess was one of the most popular army leaders of the old monarchy. After its downfall, he lived in retirement, cultivating his historical and artistic tastes. 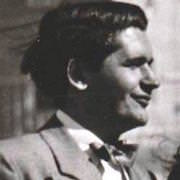