New York City-born, Braun made his film debut in 1933 with Der Jäger aus Kurpfalz. Braun was initially slated for the role of “Heini Völker” in Hitlerjunge Quex. However, illness, prevented his from doing so. The part was played by Jürgen Ohlsen. He was Pola Negri's leading man in her Third Reich film Die Fromme Lüge (1938), where he plays a young man in her life who we are led to believe is her young lover but turns out to be her son. Braun also played in the Emil Jannings picture Traumulus (1936) and in the Veit Harlan-directed Jugend (1938). His final film was Kleine Mädchen - große Sorgen (1941), opposite actress Hannelore Schroth.

Unlike his father who was an early sympathizer with the Nazis and a member of the anti-Semitic Kampfbund für deutsche Kultur, Hermann Braun held an anti-Nazi stance and retired from (or was forced out of) the Nazi-controlled motion picture industry. Drafted into the German military, he saw action on the Russian front during World War II. Most sources state that he was killed in heavy fighting on January 18, 1945 near Łódź, Poland. However, the German War Graves Commission memorial for Braun states that he rose to the rank of Lieutenant and died on January 20, 1945. Perhaps he was wounded on January 18 and died two days later. He is buried at Lodz. Braun was 27 years old.

Braun descended from an artistic family. His father was a famous opera singer, his mother Gertrude Botz was a stage actress at the Lübeck Theater, and his sister Anne-Mary Braun was also an actress. 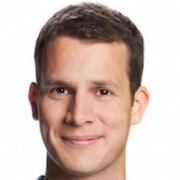