Heremigarius (or Hermigarius) (fl. 427–429) was a Suevic military leader operative in Lusitania in the early fifth century. He may have been a joint monarch with Hermeric, but there is no primary source to prove it. According to Hydatius, he had attacked the Vandal cities of Seville and Mérida and was thus "cast down in the river Ana by the arm of God," where he drowned. He was in fact defeated by the Vandal king Geiseric near Mérida and drowned on the retreat.

Recently, Casimiro Torres, in Galicia Sueva, argued that Heremigarius was the father of the magister militum Ricimer. He has also been connected with the Ermengon whose interred in an Arian tomb in the basilica of Hippo Regius, the Vandal capital. He was apparently a wealthy Suevic member of the Vandal aristocracy, perhaps a relative of Heremigarius. 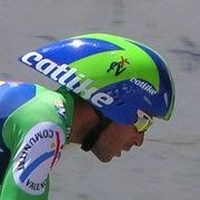