Tailor and spy during the American Revolutionary War

Hercules Mulligan (September 25, 1740 – March 4, 1825) was an Irish-American tailor and spy during the American Revolutionary War. He was a member of the Sons of Liberty.

Born in Ireland to Hugh and Sarah Mulligan, Hercules Mulligan emigrated with his family to North America in 1746, settling in New York City, where he was raised from the age of six. Mulligan attended King's College (now Columbia University) in New York City. After graduating, Mulligan worked as a clerk for his father's accounting business. He later went on to open a tailoring and haberdashery business, catering to wealthy officers of the British Crown forces.

On October 27, 1773 Mulligan married Elizabeth Sanders at Trinity Church, established by the Church of England. Sanders was the niece of Admiral Charles Sanders of the British Royal Navy. The couple had eight children: five daughters and three sons.

Mulligan was introduced to Alexander Hamilton shortly after Hamilton arrived in New York by Mulligan's brother, Hugh. Mulligan also knew the Crugers, Hamilton's patrons for whom he had clerked in St. Croix. Mulligan helped Hamilton enroll at the Elizabethtown Academy grammar school in New Jersey to prepare for the College of New Jersey at Princeton (now Princeton University), where he placed Hamilton under the wing of William Livingston, a prominent American revolutionary. After Hamilton enrolled at King's College instead, he lived with Mulligan in New York City. Mulligan had a profound impact on Hamilton's desire for revolution.

Involvement in the American Revolution

In 1765, Mulligan became one of the first colonists to join the Sons of Liberty, a secret society formed to protect the rights of the colonists and to fight British taxation. In 1770, he helped to mob British soldiers in the Battle of Golden Hill. He was a member of the New York Committee of Correspondence, a group that rallied opposition to the British through written communications. In August 1775, he and the Corsicans, a New York volunteer militia company, while under fire from HMS Asia, captured four British cannons in the Battery. In 1776, Mulligan and the Sons of Liberty knocked down a statue of King George III in Bowling Green, then melted the lead to cast bullets to use against the British. Mulligan remained in New York as a civilian after Washington's army were driven out during the New York campaign in summer 1776.

While staying with the Mulligan family, Alexander Hamilton came to share Mulligan's views. As a result, Hamilton wrote an essay in 1775 in favor of independence. When George Washington spoke of his need for reliable information from within New York City in 1776, after the Continental Army was driven out, Hamilton (who was now an officer on Washington's staff) recommended Mulligan due to his placement as tailor to British soldiers and officers.

This proved to be incredibly successful, with Mulligan saving Washington's life on two occasions. The first occurred when a British officer, who requested a watch coat late one evening, told Mulligan of their plans: "before another day, we'll have the rebel general in our hands." Mulligan quickly informed Washington, who changed his plans and avoided capture.

Mulligan's slave, Cato, was a Black Patriot who served as a spy together with Mulligan, and often acted the role of courier, in part through British-held territory, by exploiting his status as a slave, letting him pass on intelligence to the Continental Army without being detained.

After the Revolutionary War

Mulligan was cleared of suspicions of possible Loyalist sympathies after the British evacuated New York City and General Washington entered it at the end of the war, when Washington had breakfast with him on the day after.

It is not known what happened to Mulligan's slave, Cato. However, on January 25, 1785, Mulligan, Alexander Hamilton, and John Jay became three of the 19 founders of the New York Manumission Society, an early American organization founded to promote the abolition of slavery.

Following the Revolution, Mulligan's tailoring business prospered. He retired in 1820 and died in 1825, aged 84. Mulligan was buried in the Sanders tomb behind Trinity Church. When the church was enlarged, the Sanders tomb was covered. Today, there is a tombstone located in the southwest quadrant of the churchyard bearing Mulligan's name.

In the 2015 hit Broadway musical Hamilton, Mulligan was portrayed by actor Okieriete Onaodowan, who also played James Madison. Mulligan appears in the first act of the play as a friend of Alexander Hamilton, John Laurens, and Marquis de Lafayette, working as a tailor's apprentice and subsequently a soldier and spy in the American Revolution. 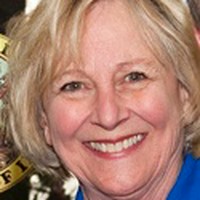 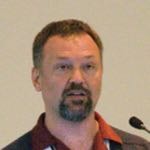