Schmidt was born in 1914. In 1936 he won the bronze medal as crew member of the German boat in the men's eight competition.

Immediately after the end of World War II, he was put in charge of sport for the administrative area of Köpenick. He is credited with reviving rowing as a sport in East Berlin. In 1948, he became chief editor of Deutsches Sportecho, an East German daily sports newspaper. He was dismissed from this role after only a few months and went to the radio station Sender Freies Berlin in West Berlin instead where he was in charge of the sports department.

The contents of this page are sourced from Wikipedia article. The contents are available under the CC BY-SA 4.0 license.
comments so far.
Comments
Reference sources
References
https://www.sports-reference.com/olympics/athletes/sc/herbert-schmidt-1.html
http://www.rudern-in-berlin.de/trg/wp-content/uploads/2014/05/Der-organisierte-Rudersport-Berlin-Ost-1945-bis-1990.pdf
Trending today in 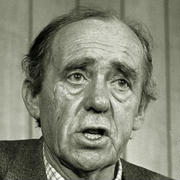