Grossman's key contribution to political-economic theory was his book, The Law of Accumulation and Breakdown of the Capitalist System, a study in Marxian crisis theory. It was published in Leipzig months before the Stock Market Crash of 1929.

Grossman was born as Chaskel Grossman into a relatively prosperous Polish-Jewish family in Kraków, Poland (then part of Austrian Galicia). Although his parents were assimilated into Krakow society, they nevertheless ensured their sons were circumcised and registered as members of the Jewish community. His father died at the age of 54 when Henryk was 15.

He joined the socialist movement around 1898, becoming a member of the Social Democratic Party of Galicia (GPSD), an affiliate of the Social Democratic Workers' Party of Austria. The GPSD, led by Ignacy Daszyński, was formally Marxist, but dominated by Polish nationalists close to the Polish Socialist Party (PPS). When the Ukrainian Social Democratic Party in Galicia (USPD) was formed in 1899, the GSPD became the Polish Social Democratic Party (PPSD) and the Polish nationalist current was strengthened. Grossman led the resistance of orthodox Marxists to this current. Along with Karl Radek, he was active in the socialist student movement, particularly in Ruch (Movement), which included members of the PPSD as well as of the two socialist parties in the Kingdom of Poland, the PPS and the Social Democracy of the Kingdom of Poland and Lithuania (SDKPiL – led by Rosa Luxemburg and Leo Jogiches). He was the main figure in the newspaper Zjednoczenie (Unification), which took a line close to the SDKPiL, against the pro-PPS politics of Ruchs main organ, Promień for which he was censured by the PPSD and its newspaper Naprzód.

During this period, Grossman learned Yiddish and became involved in the Jewish workers' movement in Kraków. Grossman was the founding secretary and theoretician of the Jewish Social Democratic Party of Galicia (JSDP) in 1905. The JSDP broke with the PPSD over the latter's belief that the Jewish workers should assimilate to Polish culture. It took a position close to the Bund, and was critical of the labour Zionism of the Poale Zion as well to assimilationist forms of socialism. The JSDP sought to affiliate to the Social Democratic Workers' Party of Austria (the General Party), but this was refused. However, the JSDP was active alongside the General Party, for example for universal suffrage.

Grossman earned his Juris Doctor in 1908 from the Jagiellonian University. At the end of 1908, he went to the University of Vienna to study with the Marxian economic historian Carl Grünberg, withdrawing from his leadership role in the JSDP (although he remained on its executive until 1911 and had contact with the small JSDP group in Vienna, the Ferdinand Lassalle Club). With the destruction of the Austro-Hungarian empire at the end of World War I, Grossman became an economist in Poland, and joined the Communist Party of Poland.

From 1922 to 1925, Grossman was Professor of economics at the Free Polish University in Warsaw. He emigrated in 1925 to escape political persecution. The same year he was invited to join the Marxian Institute for Social Research in Frankfurt by his former tutor Carl Grünberg.

Hitler's accession to power in 1933 forced him first to Paris, and then via Britain to New York, where he remained in relative isolation from 1937 until 1949. In that year he took up a professorship in political economy at the University of Leipzig in East Germany.

Grossman's The Law of Accumulation and Breakdown of the Capitalist System(1929) despite being one of the first publications of the Frankfurt School was only made available in English translation in 1979 by Jairus Banaji, for an Indian Trotskyist organisation, the Platform Tendency. A recent edition is: ISBN 0-7453-0459-1. However, it is a condensed version and lacks the important concluding chapter of the German original.

While at Frankfurt in the mid-1920s, Grossman contended that a "general tendency to cling to the results" of Karl Marx's theory in ignorance of the subtleties of "the method underlying Capital" was causing a catastrophic vulgarisation of Marxian thought, a trend which was undermining the revolutionary possibilities of the moment.

The Law of Accumulation was his attempt to demonstrate that Marxian political economy had been underestimated by its critics and by extension that revolutionary critiques of capitalism were still valid. Amongst other arguments, it sets forth the following demonstration (for a complete definition of the terms employed, the whole book is recommended):

Logical and mathematical basis of the law of breakdown

Apart from the arithmetical and logical proofs that we have been given already, mathematicians may prefer the following more general form of presentation which avoids the purely arbitrary values of a concrete numerical example.

Meaning of the symbols

After j years at the assumed rate of accumulation ac, the constant capital c reaches the level:

At the assumed rate of accumulation av, the variable capital v reaches the level:

The year after (j + 1) accumulation is continued as usual according to the formula:

For k to be greater than 0, it is necessary that:

The timing of the absolute crisis is given by the point at which the consumption share of the entrepreneur vanishes completely, long after it has already started to decline. This means:

This is a real number as long as s > av

However, this is what we assume anyway throughout our investigation. Starting from time-point n, the mass of surplus value S is not sufficient to ensure the valorisation of c and v under the conditions postulated.

Discussion of the formula

The number of years n down to the absolute crisis thus depends on four conditions:

The accumulation process could be continued if the earlier assumptions were modified:

These four major cases allow us to deduce all the variations that are actually to be found in reality and which impart to the capitalist mode of production a certain elasticity ...

Much of the remainder of Grossman's book is devoted to exploring these "elasticities" or counter-crisis tendencies, tracking both their logical and their actual, historical development. Examples of each would include:

Grossman lost his immediate family in the Holocaust. His wife Jana and his son Jan were murdered in Auschwitz in 1943. His return to Leipzig was considered in the newly-formed German Democratic Republic to be a success for the regime, and he was nominated by the city of Leipzig in March 1950 for the National Prize 'for the totality of his scientific achievements in the area of scientific socialism', but did not win. He was plagued with ill health and died after suffering with prostate problems and Parkinson's disease. 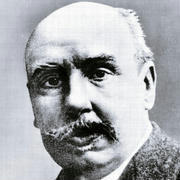 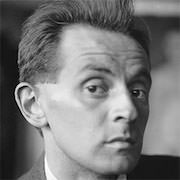