Henry Sturgis Morgan Sr. (October 24, 1900 – February 8, 1982) was an American banker, known for being the co-founder of Morgan Stanley and the President & Chairman of the Morgan Library & Museum.

In 1923, the same year he graduated from Harvard, he joined J.P. Morgan & Co. and was a partner from 1928 to 1935. In 1935, he co-founded Morgan Stanley together with Harold Stanley when the Glass–Steagall Act forced the separation on investment banking and commercial banking.

At the death of his father in 1943, he and his brother, Junius Spencer Morgan III, inherited the estate. Morgan owned a 448-acre (1.81 km) estate, which is located at Eaton's Neck Road, Eatons Neck, New York, United States.

On June 26, 1923, he married Catherine Frances Lovering Adams (1902–1988), daughter of Frances Lovering and Charles Francis Adams III, the U.S. Secretary of the Navy under Hoover, and a direct descendant of U.S. Presidents John Adams and John Quincy Adams. The couple had five sons:

He died on February 8, 1982, in Manhattan, New York City at Columbia-Presbyterian Medical Center.

Morgan was trustee, president and chairman of The Morgan Library & Museum, served on the boards of J.P. Morgan & Co., General Electric and Pullman Company, served as trustee of the Groton School and Museum of Modern Art and member of the Harvard Board of Overseers. During World War II, Morgan was a commander in the Naval Reserve and served as an OSS Agent.

Like his father, brother and grandfather, he was the Commodore of New York Yacht Club where he served as chairman of its America's Cup Committee. He was also Vice President of International Yacht Racing Union. He was a member of the Bohemian Club, the Council on Foreign Relations, Community Service Society of New York, the Pilgrims Society and the Roxburghe Club.

Morgan was posthumously inducted into the America's Cup Hall of Fame in 2001. 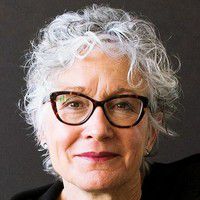