Henry Reed Rathbone (July 1, 1837 – August 14, 1911) was a United States military officer and diplomat who was present at the assassination of President Abraham Lincoln. Rathbone was sitting with his fiancée, Clara Harris, next to the President and his wife, Mary Todd Lincoln, when John Wilkes Booth entered the president's box at Ford's Theatre and fatally shot Lincoln in the head. When Rathbone attempted to prevent Booth from fleeing the scene, Booth stabbed and seriously wounded him.

Rathbone was born in Albany, New York, one of four children of Jared L. Rathbone, a merchant and wealthy businessman, who later became Albany's mayor, and Pauline Rathbone (née Penney). Upon his father's death in 1845, Rathbone inherited the very considerable sum of two hundred thousand dollars. His widowed mother, Pauline Rathbone, married Ira Harris in 1848. Ira Harris was appointed U.S. Senator from New York after William H. Seward became President Lincoln's Secretary of State. Harris was a widower with four children whose wife Louisa had also died in 1845. As a result of this marriage, Ira Harris became Rathbone's stepfather and his daughter, Clara, became Rathbone's stepsister. Although this unusual series of events made them stepbrother and stepsister, they were not related by blood. Rathbone and Harris formed a close friendship and later fell in love. The two became engaged shortly before the American Civil War.

Rathbone studied law at Union College and briefly worked in a law partnership in Albany before entering the Union Army at the start of Civil War. During the war, Rathbone served as Captain in the 12th infantry regiment and was at the Battle of Antietam and the Battle of Fredericksburg; By the war's end, he had attained the rank of major.

On April 14, 1865, Major Rathbone and his fiancee Clara accepted an invitation to see a play at Ford's Theatre from President Abraham Lincoln and his wife, First Lady Mary Todd Lincoln. The couple, who had been friends with the President and his wife for some time, were invited after Ulysses S. Grant and his wife Julia, Thomas Eckert and several other people had declined Mrs. Lincoln's invitation to the play.

During the play, noted stage actor John Wilkes Booth surreptitiously entered the Presidential box and fatally shot Lincoln in the back of the head with a Derringer pistol. Rathbone attempted to apprehend Booth and, during the struggle, Booth slashed Rathbone's left arm with a dagger from the elbow to his shoulder. Rathbone later recalled that he was horrified at the anger on Booth's face. Rathbone quickly recovered and again tried to grab Booth as he was preparing to jump from the sill of the box. He grabbed onto Booth's coat causing Booth to vault over the rail of the box down to the stage. Although Booth had broken his left fibula two inches above the ankle when he fell onto the stage, he successfully escaped, and remained at large for twelve days before being killed by Union forces. Meanwhile, the mortally wounded President was taken across the street to the house of William Petersen after doctors decided that Lincoln would not survive the journey back to the White House. Despite his serious wound, Rathbone escorted First Lady Mary Lincoln to the Petersen House and, shortly thereafter, passed out due to loss of blood.

Clara Harris arrived at the house soon after and held Rathbone's head in her lap while he drifted in and out of consciousness. A surgeon who had been attending the President finally examined Rathbone and realized his wound was more serious than initially thought. Booth had severed an artery located just above Rathbone's elbow and had cut him nearly to the bone. Rathbone was taken home while Harris remained with Mrs. Lincoln during her vigil at the Petersen House for some nine hours. This death vigil lasted through the night, until morning, when President Lincoln died at 7:22 A.M. on April 15, 1865.

Although Rathbone's physical wounds healed, his mental state deteriorated in the years following Lincoln's death as he anguished over his perceived inability to thwart the assassination attempt. He married Clara Harris on July 11, 1867 and the couple had three children: Henry Riggs (born February 12, 1870 who later became a U.S. Congressman), Gerald Lawrence (born August 26, 1871) and Clara Pauline (born September 15, 1872).

Rathbone resigned from the Army in 1870, having risen to the rank of brevet colonel. After his resignation, he struggled to find and keep a job due to his mental instability. Rathbone became convinced that his wife Clara was cheating on him and became jealous of other men who paid attention to her. He also resented the attention Harris paid their children and reportedly threatened his wife on several occasions after deciding that Harris was going to divorce him and take the children. Despite his behavior, President Chester Alan Arthur appointed Rathbone as the U.S. Consul to the Province of Hanover in 1882. The family relocated to Germany where Rathbone's mental health continued to decline.

On December 23, 1883, Rathbone attacked his children in a fit of madness. Rathbone fatally shot and stabbed his wife, who was attempting to protect the children. Rathbone then stabbed himself five times in the chest in an attempted suicide. He was charged with murder but was declared insane by doctors after blaming the murder on an intruder. He was convicted and committed to the Asylum for the Criminal Insane in Hildesheim, Germany. The couple's children were sent to live with their uncle, William Harris, in the United States.

Rathbone spent the rest of his life in the Asylum for the Criminal Insane. He died on August 14, 1911 and was buried next to Clara in the city cemetery at Hanover/Engesohde. As time passed, the cemetery management, looking over records concerning plots without recent activity or family interest, decided in 1952 that Rathbone's and Clara's remains could be disposed of. They were both disinterred and their remains were disposed of.

Henry Reed Rathbone and his wife, Clara Harris, are the subjects of Henry and Clara (1994, published by Ticknor & Fields), a historical fiction novel by Thomas Mallon. 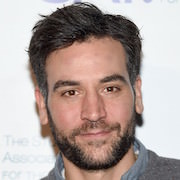 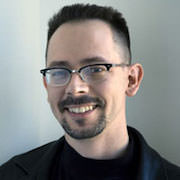 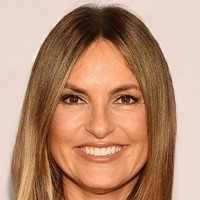 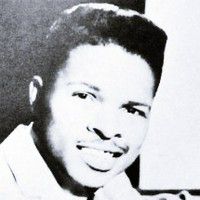