Henry Kwabena Kokofu (born 5 October, 1960) is a Ghanaian politician and was a member of the Sixth Parliament of the Fourth Republic of Ghana representing the Bantama Constituency in the Bantama on the ticket of the New Patriotic Party.

Kokofu identifies as a Christian. He is married.

Kokofu is a member of the New Patriotic Party (NPP). In 2012, he contested for the Bantama seat on the ticket of the NPP sixth parliament of the fourth republic and won. During the elections he garnered 49,054 votes, which represented 83.26% of the total valid votes cast, and hence defeated the other contestants including Samuel Yaw Adusei, Benjamin Owusu-Achaw, Jerry F. Akonnor, Nana Kwasi Abayie, Regina Serwaa Adjei and Samuel Appiah. He did not contest in the 2016 Ghanaian general elections; instead, Daniel Okyem Aboagye represented the New Patriotic Party and won. As a result, Kokofu served as the member of parliament for Bantam till 2016.

The first female to be Commissioner of Police in Ghana 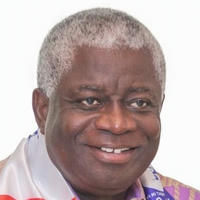