Henry Kloss (1929, Altoona, Pennsylvania – January 31, 2002, Cambridge, Massachusetts) was a prominent American audio engineer and entrepreneur who helped advance high fidelity loudspeaker and radio receiver technology beginning in the 1950s. Kloss (pronounced with a long o, like "close") was an undergraduate student in physics at the Massachusetts Institute of Technology (class of 1953), but never received a degree. He was responsible for a number of innovations, including, in part, the acoustic suspension loudspeaker, and the high fidelity cassette deck. In 2000, Kloss was one of the first inductees into the Consumer Electronics Association's Hall of Fame. He earned an Emmy Award for his development of a projection television system, the Advent VideoBeam 1000.

During the course of his half-century career, Kloss founded or co-founded several significant audio and video equipment manufacturing companies, most of which were located in Cambridge, Massachusetts, at least during the period he was directly associated with them.

After entering MIT in 1948, Kloss bought woodworking tools which he used to make enclosures for a speaker designed by an MIT professor and his student. Henry dropped out of MIT, and soon after took a course in high fidelity taught by Edgar Villchur at New York University.

Kloss was an early adopter of new technology, including the transistor, Dolby noise reduction, and chromium dioxide tape.

In the early 1950s, Kloss built (but did not design) the Baruch-Lang speaker in his loft in Cambridge while he was a student at MIT. This corner speaker had four 5" drivers ("and 15 holes"), and sold for $25 (or $30 for the Deluxe Model "with a handsome frame and grill cloth").

Kloss co-founded Acoustic Research Corporation (AR) with Edgar Villchur in 1954. Villchur, a former teacher of Kloss, had conceived a novel way of building an accurate loudspeaker. Together they developed the AR Model 1, which changed the way that speakers were designed. Until then, speakers of quality had to be quite large. By using an enclosure with a sealed air cavity behind the speaker cone which acted as a spring to damp woofer motion, they were able to make less-expensive, bookshelf-size speakers. Although they were inefficient in power consumption compared to ported designs, they had extremely low distortion. The AR-1 was the first commercial acoustic suspension loudspeaker. Kloss began his custom of eponymous products by lending his last name's initial to KLH as a founder in 1957, along with Malcolm Low and J. Anton Hofmann (son of pianist Józef Hofmann) who had also been investors in AR. At Cambridge-based KLH, Kloss continued to build speakers such as the classic KLH Model Five and Six, and produced one of the first small FM radios with high selectivity, the Model Eight. The KLH Nine was the world's first full range (flat from 40 Hz - 20 kHz) electrostatic loudspeaker (1960). The tweeter was mounted near the middle, with ten woofer panels occupying the remaining area. Prototypes were completed at JansZen Laboratory and put into field tests starting in 1957, and once perfected, the speakers were put into production at KLH.

Though KLH was sold to the Singer Corporation in 1964, Kloss remained at the firm for a short time to assist in the development of additional speakers and electronic music products, and the firm continued to attract design and engineering talent. Kloss created the first solid state record player, the KLH Model Eleven. In 1962, he collaborated with Ray Dolby of Dolby Laboratories to develop the "B" version of the Dolby noise reduction system to reduce tape hiss. This resulted in the KLH Model Forty reel-to-reel tape recorder, the first appearance of Dolby technology in the consumer product market.

By 1967, Kloss had left KLH. KLH was eventually sold to Kyocera, and production was shifted overseas. By 1979, nearly all of the original design and engineering team had left the company. Kloss founded Advent Corporation in 1967. The name came from the legal description the advent corporation ("advent" means approaching in Latin) used in the incorporation documents as a placeholder name before the actual name is selected. Around 1968, Kloss had quit KLH to develop a low-cost projection television, but had trouble financing the leading-edge research and development that was still required. To earn some money, he decided to build a high-performance low-cost dual driver speaker system with 10 inch (25 cm) woofer called simply The Advent Loudspeaker (later given the retronym the Larger Advent, after introduction of The Smaller Advent Loudspeaker). It rivaled the sound of the then top-line AR Model 3a (which used three drivers and a 12 inch (30 cm) woofer), but only cost about half as much.

Kloss then resumed work on increasing the fidelity of cassette tapes, a format that had originally been developed to be used only for voice dictation. Kloss introduced the Advent 201 in 1971, incorporating Dolby B noise reduction (for both recording and playback), along with chromium dioxide tape in the first popular high fidelity cassette deck.

In 1972, the Advent VideoBeam 1000 was finally released, the first large screen projection television for home use. In 1977, Kloss founded Kloss Video Corporation (KVC) as a spin-off company. He invented the Novatron tube there, which increased the efficiency of projection TVs.

Advent continued to concentrate on low-cost high-performance consumer audio products. Eventually, long after Kloss’ departure, Advent ran into hard times and never emerged from a bankruptcy declared in March 1981. KVC passed on reacquiring the (by then) New Hampshire based brand, which was later merged into Jensen Electronics, which in turn was acquired by Audiovox in 2004. KVC itself ran into increasing competition from Japanese manufacturers entering the now-proven market for large format consumer TVs, eventually sold its assets and shut down.

Cambridge SoundWorks - A Satellite speaker from a FPS2000 surround set

Cambridge SoundWorks was founded by Kloss in 1988. That company was quite successful, producing dozens of different models of speakers. They also produced table radios and high quality speaker systems for computers. Kloss left Cambridge SoundWorks in 1996, and the company became a subsidiary of Creative Technology. After a brief retirement, Kloss and long-time associate and former Cambridge SoundWorks co-founder Tom DeVesto founded Tivoli Audio in 2000. There, he made the Model One (mono) and Model Two (stereo) table radios using MOSFET technology to increase selectivity; they have elements similar in appearance to his KLH Model Eight radio. The high-quality tuner combined with a good speaker arrangement led some reviewers to call these modern radios "Bose killers". However, the Cambridge SoundWorks Model 88 had used some similar technology, leading to a lawsuit between Cambridge Soundworks and Tivoli Audio. 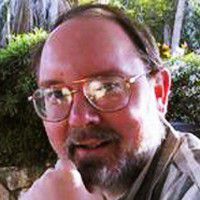