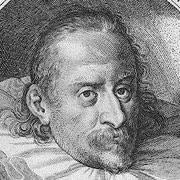 Henry Julius was born in Hessen am Fallstein as the eldest son of Duke Julius of Brunswick-Lüneburg (1528–1589) and his wife Hedwig of Brandenburg (1540–1602), at the time when the Principality of Brunswick-Wolfenbüttel was still under the rule of his grandfather Duke Henry V. Already in 1566, at the age of two, he was elected Lutheran administrator of the Halberstadt bishopric by the cathedral chapter; however, a condition of his election was an agreement that the cathedral chapter would lead the prince-bishopric under its own authority until Henry Julius reached the age of 14.

His father implemented the Protestant Reformation in the Wolfenbüttel lands upon his accession in 1568. In 1576 he appointed Henry Julius first rector of the newly established Protestant University of Helmstedt. Even though he was only twelve years old, Henry Julius participated in theological debates among the faculty that were held in Latin. After finishing his study in law, he was employed by his father as a court judge. When he came of age, he was rated one of the most educated princes of his time.

Henry Julius actually took over administration of the Halbertstadt prince-bishopric in 1578, he became active as a temporal as well as spiritual ruler. He improved general education in the episcopal lands, and completed the implementation of the Protestant Reformation begun by his father, although he allowed Catholic office holders to keep their privileges — except that he strictly prohibited priests from having mistresses. In view of his moderate policies, he also was offered the position of an administrator of the Minden prince-bishopric and was elected by the cathedral chapter in 1582. Nevertheless, expectations were disappointed, when Henry Julius ordered that all sermons ought to be preached according to the Augsburg Confession. When he resigned from office three years later, to marry the Wettin princess Dorothea of Saxony, he left a virtual Lutheran diocese.

In 1589, when Henry Julius succeeded his father as ruler of Brunswick-Wolfenbüttel, he replaced Saxon by Roman Law, and instead of local nobles, lawyers with academic degrees now served as judges. He was also versed in architecture and began to rebuild his Wolfenbüttel residence in a lavish Weser Renaissance style, including the construction of the Protestant Beatae Mariae Virginis main church which started in 1608. He also had had extended baracks, walls and fortifications laid out around the city. He invited Hans Vredeman de Vries to develop ramparts and had a canal built through a swampland between Hornburg and Oschersleben. One of the most important buildings erected under his rule was the Juleum Novum, the main lecture hall of the Helmstedt university. However, he lost control of the state's finances and amassed large amounts of public debt. When the rights of the nobles were reduced, the local nobles sued Henry Julius at the Reichskammergericht (Imperial Court) in Speyer. A compromise was struck in 1601.

Though a Protestant prince, Henry Julius became a close advisor to the Habsburg emperor Rudolf II. From 1600 onwards he stayed at the emperor's court at Prague Castle several times. He gained Rudolf's confidence, and was named Geheimrat and his "chief director" in 1607. This position gave him much influence in Imperial affairs. He also managed to resolve the conflict between Rudolf and his brother, Matthias and assisted in temporarily resolving the differences between Catholic and Protestant estates in the Kingdom of Bohemia.

A serious conflict occurred between Henry Julius and the Brunswick citizens, when they refused to recognize his overlordship. Henry Julius was not willing to confirm the city's traditional privileges and had mercenary (Landsknecht) troops deployed, leading to a civil war in 1605. Attempts by King Christian IV of Denmark to mediate failed and in 1606, Emperor Rudolf II banned the city. In 1607, Henry Julius again went to the emperor's court, in order to negotiate the details of the ban. In return, he was given the emperor's full support in dealing with the Brunswick insurgents. Nevertheless, all attacks on the city failed.

Under the rule of Henry Julius, the persecution of Jews and witches reached a historic peak. On the other hand, the duke was a dedicated follower of theatre and acting. In the years 1593 and 1594, he wrote eleven plays and invited Robert Browne, Thomas Sackville and their theatre company, who staged a shortened version of his "Susanna" for several years. His other plays, five comedies, four tragedies, were not very successful; however, one was a basis for the tall tales of Baron Munchausen. Duke Henry Julius also invited John Dowland to come and see Michael Praetorius, his Kapellmeister, playing on the famous Gröningen organ.

When Emperor Rudolf died in 1612, Duke Henry Julius returned to the Prague court to consult his successor, Matthias. On 20 July 1613 he died in Prague, possibly of alcohol abuse. He was buried in the Marienkirche at Wolfenbüttel.