Akinwande was born in London, England but went to live in his parents homeland of Nigeria as a 4-year-old and came back to England as a 21-year-old (1986).

Akinwande made his professional debut in 1989 against Carlton Headley in London and won all of his first 18 bouts, including a second-round KO victory over former World Light Heavyweight Champion J.B. Williamson, and relatively well known fringe fighters such as Marshall Tillman, Eddie Taylor, Kimmuel Odum and John Fury.

Akinwande then challenged Axel Schulz for the vacant European heavyweight title in Berlin, Germany in 1992. The fight, scored only by the referee was adjudged to be a draw after 12 rounds. This was felt by many to be a "home town" decision, as most observers had Akinwande winning comfortably.

Following a victory over New Zealand's respectable James Thunder for the Commonwealth title in 1993, Akinwande again challenged Schulz for the vacant European belt. This time three judges were employed and Akinwande was awarded a unanimous decision after 12 rounds. He was to defend the title twice, against Biagio Chianese and Mario Scheisser. Akinwande also defeated fellow Briton and future WBO cruiserweight champion Johnny Nelson, former IBF heavyweight title holder Tony Tucker, Frankie Swindell, Brian Sargent, Calvin Jones and Gerard Jones, all from the USA, during this period.

In 1996 Akinwande faced American Jeremy Williams for the WBO World Heavyweight Title which had been vacated by Riddick Bowe, a fight which Akinwande was to win via a 3rd round stoppage. Akinwande went on to defend the belt twice, with victories over Russian Alexander Zolkin by TKO and a decision over fellow Briton Scott Welch, who had won the WBO Intercontinental Title with a stoppage over the 46-year-old Joe Bugner.

The WBO belt was then vacated so that Akinwande could pursue a challenge to WBC champion Lennox Lewis in 1997. The fight took place at Caesars Tahoe in Nevada. Akinwande was strangely subdued and spent much of the fight attempting to clinch Lewis. After repeated warnings, referee Mills Lane finally ran out of patience and disqualified Akinwande for repeated holding in the 5th round.

A proposed challenge to Evander Holyfield for the WBA belt in 1998 was later abandoned after Akinwande tested positive for hepatitis B. This meant a lengthy spell of recovery for Akinwande, but he was finally cleared to return to the ring in 1999.

A fight with Oliver McCall in 2001 resulted in Akinwande's 2nd defeat. After Akinwande had outboxed McCall for most of the fight, Akinwande began to tire, and McCall caught him with a few seconds remaining in the 10th and final round. Akinwande was counted out.

Akinwande recovered from this to win his next 9 bouts, including notable victories against Timo Hoffman, Ed Mahone, Cisse Salif and Anton Nel, all for the IBF Intercontinental Title, as well as Curt Paige, Sam Ubokane, Raman Sukhaterin, Alexander Vasiliev and Tipton Walker.

After that fight he won another fight against Andriy Oleinyk in 2007 before losing to top prospect Ondřej Pála from the Czech Republic by unanimous decision on 4 July 2008, which turned out to be his last fight. 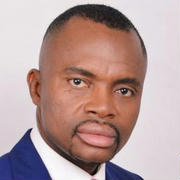 Executed for witchcraft in Nigeria