Henry A. Fischel
The basics

Henry A. Fischel (November 20, 1913 - March 20, 2008) was professor emeritus of Near Eastern languages and cultures at Indiana University.
Fischel was an influential figure in founding the Jewish Studies Program at Indiana University. Under his direction, the Lilly Endowment gave the university a grant in 1972-73 to develop a Jewish Studies Program. Professor Fischel lived in Bloomington, Indiana until his death in 2008.

Rabbinic Literature and Greco-Roman Philosophy: A Study of Epicurea and Rhetorica in Midrash (Leiden, 1973). 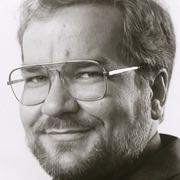