Henri Sagna (1973 in Dakar) is a Senegalese sculptor.

Henri Sagna lives and works in Senegal. After his studies at the Ecole nationale des Arts of Dakar in 2005, he received the first prize at the sixth National Salon des artistes plasticiens sénégalais. Sagna is known as artist sculptor-recycler. He realises artworks assembling collected materials in a variety of ways. The artist leds a series of workshops and ateliers in France and Senegal, which had as central theme the concepts of recovery and recycling of materials.

The journey of Sagna is based on the respect and knowledge of the environment to raise awareness among the general public and especially the residents of the townships. Focusing a large part of his plastic work around the species of mosquito transmitting malaria, Henri Sagna uses his personal weapons in the fight against the disease.

His artworks represent a fun way to communicate in Europe and especially in France, the problem of the malaria and provide a wider awareness of this problem that creates carnage in his continent. The teaching to the new generations to conciliate their artistic journey and a necessary reflection on the surrounding environment remains the main objective of the Senegalese sculptor.

Amongst the ten contemporary artists of Senegal at the Dapper Museum in Paris in 2006, focusing on the creativity of a generation of Senegalese artists, Henri Sagna has set up an entire field with his favorite topics: Mosquitoes and insect screens! The insects were made with enormous paws from galvanized steel wire, bottles of soda and celluloid for the wings. 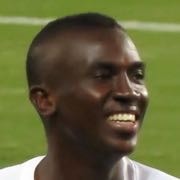