He studied architecture at Columbia University, but his education was interrupted by military service in World War I. He graduated from Columbia in 1921, and spent that summer in France rebuilding war-damaged buildings. He won the 1922 Prix de Rome in architecture, studying for the next three years at the American Academy in Rome. In 1926, he was named assistant curator of the John G. Johnson Collection, a vast collection of Old Master paintings that had been bequeathed to the City of Philadelphia in 1917, with the restriction that it continue to be exhibited in Johnson's mansion. He taught at the University of Pennsylvania School of Architecture, 1926–29.

Marceau left Penn in 1929 to become curator of fine arts at the Philadelphia Museum of Art and curator of the Johnson Collection. PMA's massive new building had opened in March 1928, but with only about a sixth of its planned galleries completed. In 1931, more than 1000 unexhibited Johnson Collection works were transferred to PMA for storage. Philadelphia's fire marshall subsequently found Johnson's mansion at 510 South Broad Street not to be fireproof, and the 275 works exhibited there were "temporarily" transferred to PMA in June 1933. In addition to his other positions, Marceau remained curator of the Johnson Collection until his death in 1969.

Marceau was named PMA curator of paintings in 1933, chief of the department of paintings and sculpture in 1937, and associate museum director also in 1937. He succeeded Fiske Kimball as director of PMA in 1955.

He curated exhibitions on a wide range of artists, including Thomas Eakins, William Rush, Benjamin West, Cezanne, Corot, and others. He organized three international exhibitions of contemporary sculpture at PMA—1933, 1940, and 1949.

The Johnson Collection remains on permanent loan to PMA. Following more than a half century of exhibition as a separate collection, its works now are integrated into PMA's other holdings.

Marceau wrote numerous articles for the Philadelphia Museum of Art Bulletin and other PMA publications. He authored or co-authored a number of exhibition catalogues: 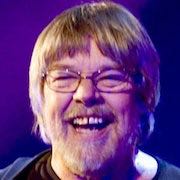